College graduate tries to sell her useless diploma on eBay

Stephanie Ritter is innovative, lighthearted, and in debt.

Stephanie Ritter is one of many underemployed millennials frustrated by their lack of job prospects and doing what they can to make ends meet.

The 2011 graduate of Florida State University put her diploma on eBay for $50,000—about $10,000 more than the sum of her student loans. The former theater student now works as an assistant and is understandably eager to pay down that debt. 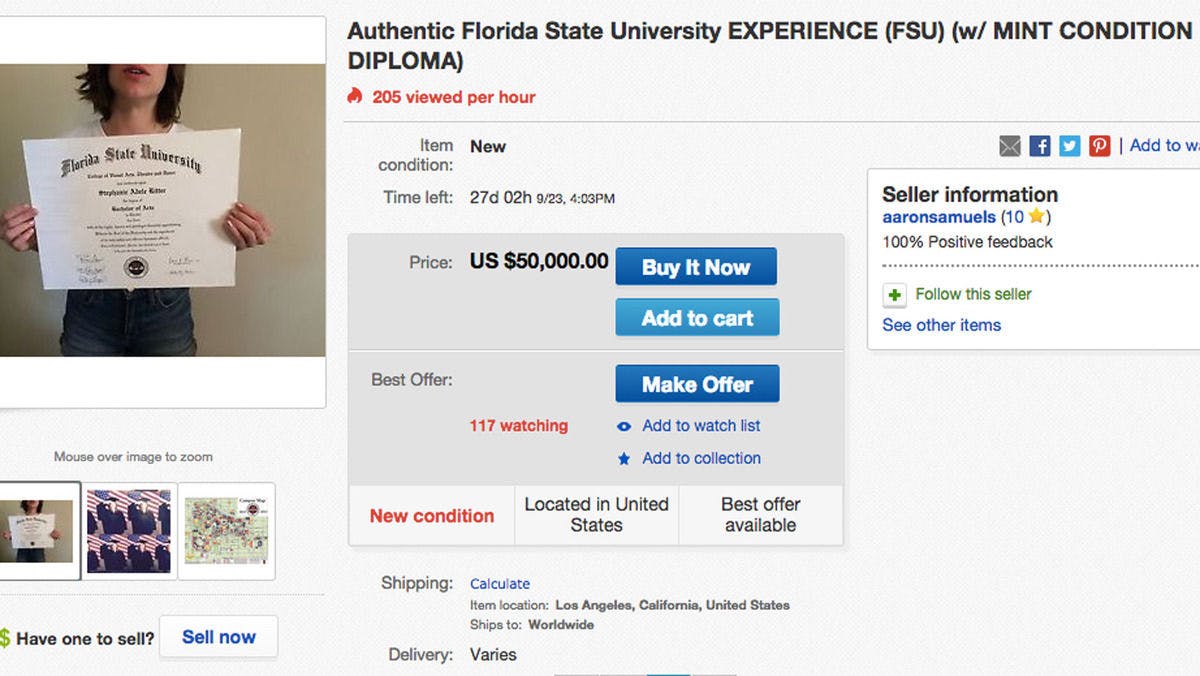 Bidders were competing for more than just a piece of paper bearing Ritter’s name in calligraphy. Her listing (which has since been removed) also promised the purchaser an “authentic FSU experience,” including a tour of the campus, a sampling of its food offerings, six months of access to her college-era Facebook photo albums, a stage show at the college’s theater, and a tour of her favorite area Publix supermarkets (a sweet tea at each Publix is included in the purchase price).

Ritter’s bid for financial parity touches on a harsh reality for contemporary college graduates: Only 27 percent work in the field they studied in school, according to data by the Federal Reserve Bank of New York.

“I thought this piece of paper has so much worth to so many people, but for a theater major, it couldn’t mean less,” she told BuzzFeed.

With her eBay listing now inactive, she seems poised to follow through on the contingency plan she outlined: “[I will] just do that thing where I pay the minimum for 25 years and then the government feels so bad for you that they wipe it clean,” she said.