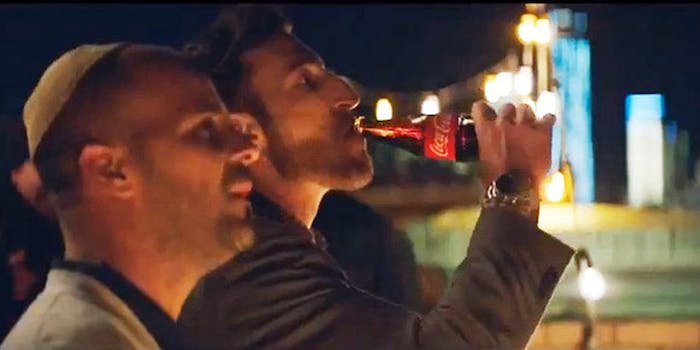 "By traditional reporting standards, your recklessness would be cause for dismissal. But, by BuzzFeed standards, you’ve excelled."

When it comes to online reporting, tweets are the new person-on-the-street interview.

While journalists used to literally hit the streets for opinionated comments from regular folks, now it’s much more practical—especially for news happening online—to cull comments from Twitter to flesh out a story.

It’s a wholly appropriate tactic for many stories. We here do it all the time. But there is at least one major shortcoming to soliciting opinions from Twitter rather than through face-to-face communication: the inability to detect sarcasm.

And that’s the danger a writer at BuzzFeed recently ran into with a compilation of aggravated tweets about the multiethnic Coca-Cola and Cheerios Super Bowl ads. Among the hastily compiled list was a 140-character message that wasn’t meant to be taken seriously.

Coca-Cola and Cheerios have been absolutely disgraceful tonight. #speakamerican #Benghazi

To a drive-by observer of Sean Frederick’s tweet, it might appear as if he’s sincerely joining the chorus of xenophobic, racist rage the ads provoked (though the non sequitur #Benghazi hashtag should clue one into the satire). But a look at the rest of his feed reveals a Boston bartender who likes cracking the occasional Twitter joke with no readily apparent political agenda.

Nevertheless, Frederick’s tweet was included in a BuzzFeed roundup titled “Coca-Cola’s Multilingual Super Bowl Ad Inspired A Complete Meltdown Online.” The article’s author, Ryan Broderick, concedes at the top of the page that some of the tweets he’s gathered may be in jest, but he still read them into the online megaphone that is Buzzfeed anyway.

“Some of these might be jokes, but it’s so hard to tell anymore,” Broderick wrote. “Most of the people upset about the advertisement didn’t even seem to notice the gay couple in it.”

Once he saw the list, Federick made his dissatisfaction known on Twitter. He also criticized Broderick’s disclaimer.

Lampooned bigots + xenophobes last night and @buzzfeed labeled me racist. This is what happens when journalists cut teeth on cat slideshows.

@ryanpbroderick “Some of these might be jokes… But look at all these racists.” Not exactly watertight cover for libel.

Frederick eventually went so far as to write an open letter to Broderick requesting that his tweet be removed from the article under threat of a false light lawsuit. In doing so, he also got in a few more comedic jabs at BuzzFeed’s expense.

“By traditional reporting standards, your recklessness would be cause for dismissal,” Frederick wrote. “But, by BuzzFeed standards, you’ve excelled.”

BuzzFeed has since removed the tweet which proudly remains on Frederick’s feed. But the dust-up does raise interesting legal and ethical questions. Luke O’Neil, a friendly acquaintance of Frederick’s and writer for BDC Wire, draws a parallel between tweets being taken out of context and another online activity damaging to reputations.

On the one hand, everyone should know by now that posting a tweet is putting them on the record in front of the entire world, but on the other hand, there’s zero responsibility placed upon anyone doing tweet roundup lists to verify that what the person said was true, or what they actually meant. It’s roughly analogous to the problem with revenge-porn websites. If you don’t want your naked picture on the Internet, don’t take one. But once it’s gotten out, that’s certainly not worth ruining someone’s life over.

As far as Frederick’s legal sabre-rattling goes, it would probably be tough to win a case against BuzzFeed if he still decided to make good on his threat. The American legal system has placed a high priority on press freedom over the years, stacking the deck in favor of publishing companies.