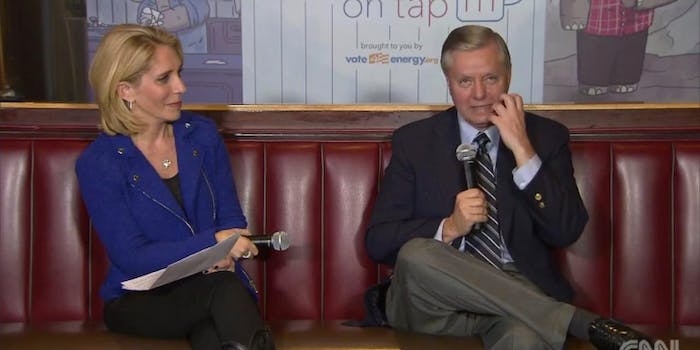 There are better ways to make FMK SFW.

In an attempt to make the “Fuck, Marry, Kill” game more palatable to a wider, more boring audience, CNN chief political correspondent Dana Bash sat in a bar in Boulder, Colorado, with Republican Senator and presidential hopeful Lindsey Graham and asked him which female politicians he would “date, marry, or make vanish.”

As you can see from the video, this is probably Graham’s first time playing the game, as he seems to assume he has to marry Hillary Clinton, Sarah Palin and Carly Fiorina. 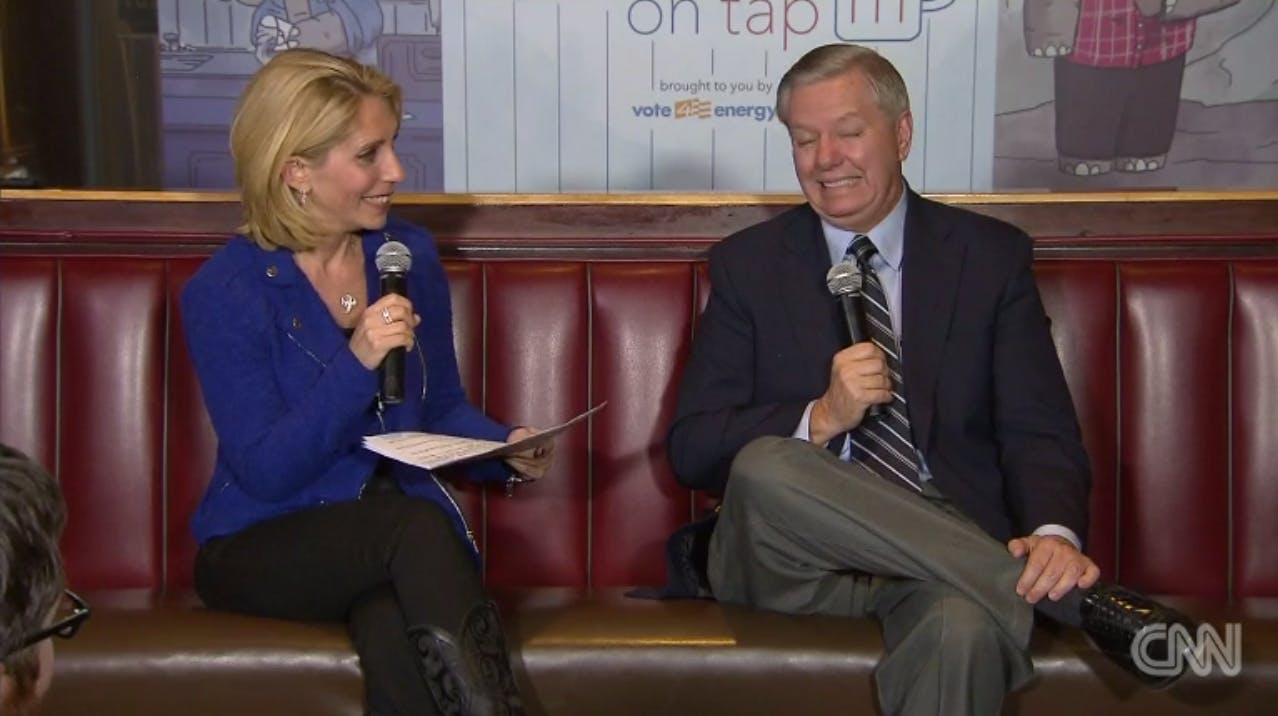 At least that’s what we assume he meant by “Do the mormon thing”.

But if you’re gonna change a beloved bar game, at least put some thought into the new options.  We humbly suggest:

Or if you live by yourself:

It even works on an international level.  The U.N. could spend a whole day playing:

We already know that everyone’s gonna wanna trade with China.  They have the sexiest products.