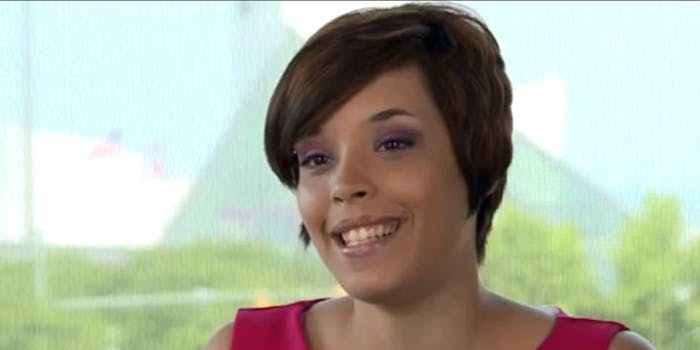 Cleveland kidnap victim: “I’m strong enough to walk through hell with a smile on my face”

Two months after their rescue, three Cleveland area kidnap victims have broken their silence about being held for a decade in brutal captivity.

In a video released today on YouTube, Amanda Berry, Gina DeJesus and Michelle Knight thanked supporters for financial and emotional help in the aftermath of their rescue.

“I want everyone to know how happy I am to be home with my family and friends,” Amanda Berry said on the video. “Having my privacy has helped me immensely.”

The women were kidnapped ten years ago and chained inside a Cleveland home, where they were allegedly raped by their captor, 52-year-old Ariel Castro. After Berry escaped the home and flagged down a neighbor for help, police freed the three women along with Berry’s young daughter, fathered by Castro.

In the aftermath, Berry’s mother set up a fund for the three women. To date, the Cleveland Courage Fund has raised more than a million dollars.

“Thank you for the support,” said DeJesus (her only comment in the video).

“I may have been through hell and back,” said Knight. “But I’m strong enough to walk through hell with a smile on my face.”

Castro is currently in custody and facing charges of aggravated murder relating to the termination of Knight’s pregnancies.