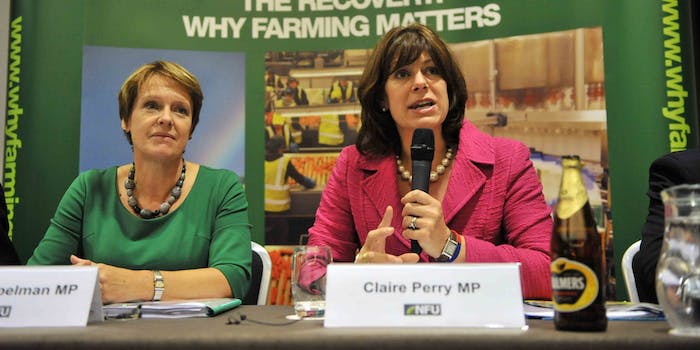 So Perry’s site was defaced with pornographic images. But the mess doesn’t stop there.

Guido Fawkes, a British blogger and columnist for the British tabloid the Sun, noted the hack on his site. Upon reading that, the confused Perry apologized to “anyone affected by the hacking of my website sponsored by @GuidoFawkes.”

She then proceeded to threaten Fawkes on Twitter, announcing that she would be talking to his editor, the implication being that said talk would result in punishment.

“He gets a lot of crank calls,” Fawkes responded.

“Perry is so technologically illiterate,” notes Cory Doctorow on Boing Boing, “that she can’t tell the difference between writing about someone hacking your website and hacking itself.”

The MP’s confusion and panic seems silly from inside the technobubble, but it is worth considering that her level of understanding when it comes to Web security may be much more common than yours.

And before we laugh too loud, we should probably pause to consider that while we may make the rules, people like Ms. Perry make the laws.