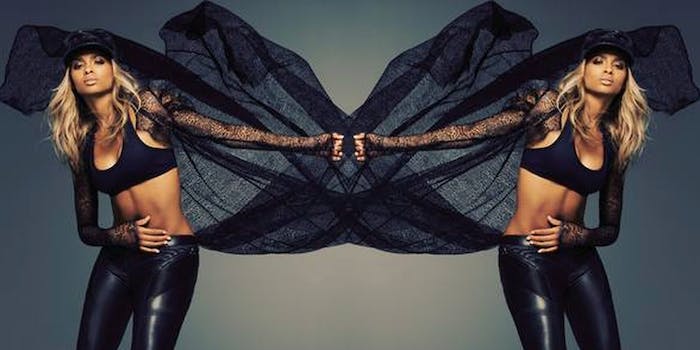 The strangest place you can buy the new Ciara album

Wait, what? The album's doing fine on its own, and Groupon is a mess.

As Groupon will tell you, pop star Ciara is a “Grammy Award–winning R&B singer, songwriter, and producer with five full-length albums to her name.” Her newest album, Ciara, is a “dance-oriented affair,” with guest spots from rapper and boyfriend Future and modern pop alien Nicki Minaj and production from Rodney “Darkchild” Jerkins.

And you can purchase the album in the strangest of places.

In one of the strangest marketing decisions a major pop figure since Cîroc, Ciara has decided to sell copies of her album, along with a bonus, Playlist: The Very Best of Ciara, for $13.99 on Groupon, which, also according to the Groupon, runs $6 below the retail list price.

It’s an interesting deal partially because the album’s not exactly bottoming out—it sold 58,000 copies in its first week, which sounds low, but really isn’t: It debuted at No. 2—but also because Groupon’s a certifiable mess. Its business is struggling, and it carries the brand sexiness of an outlet like Walmart.

But so Ciara goes, selling her album on Groupon, along with this strange Very Best assembly of remixes and raw cuts. The limit is three per person; you can buy two additional copies as gifts. Only two and a half days left in the deal! Better buy, buy now.