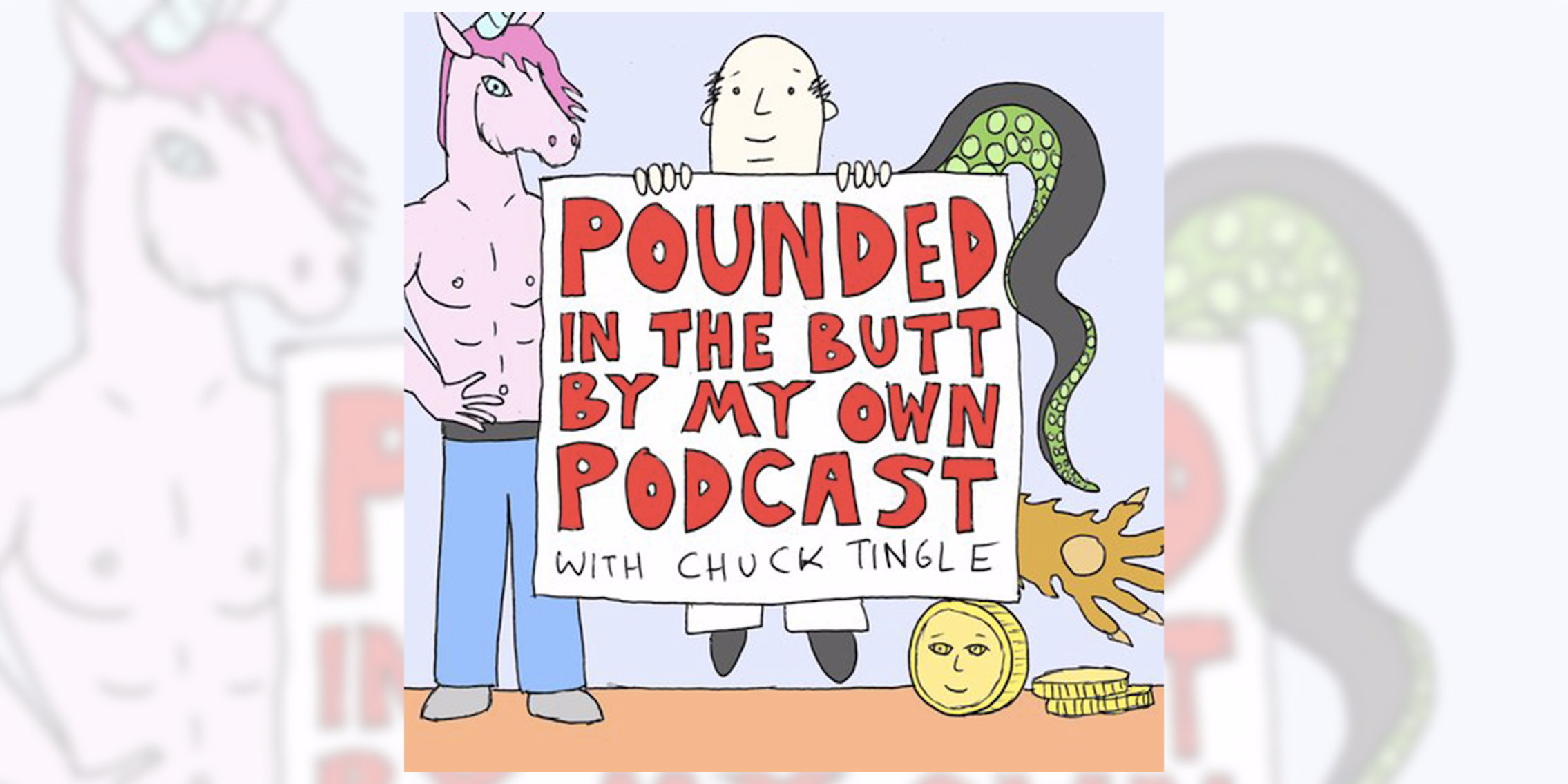 Get ‘pounded in the butt’ by Chuck Tingle’s new podcast

Now you can get Tinglers in your earholes.

Tingle, a Billings, Montana, man who never shows his real face and has typically spoken through his helpful “son, name of Jon,” has done audio interviews in the past, but hosting a podcast is a new step toward bringing together Chuck’s “Tingleverse” and the real world.

“This is my first time as a talking man,” Tingle tells his “buckaroos” in a “special Valentine’s Day message” introducing the show.

He also brings up various bits of Tingle lore, including “son name of Jon” and “frozen wife Barbara at the bottom of the lake.” It’s been said that Tingle’s best story is his own life, and a podcast would be a great opportunity to expand on that, so let’s hope the show goes in that direction.

Pounded in the Butt by My Own Podcast is distributed by Night Vale Presents—the people behind the wildly successful surreal small-town horror-fiction podcast Welcome to Night Vale—under their new “Night Vale After Dark” label. Although it’s hosted by Dr. Tingle himself, it promises celebrity guests reading Chuck’s Tinglers.

The show is coming on March 14 (of this timeline).