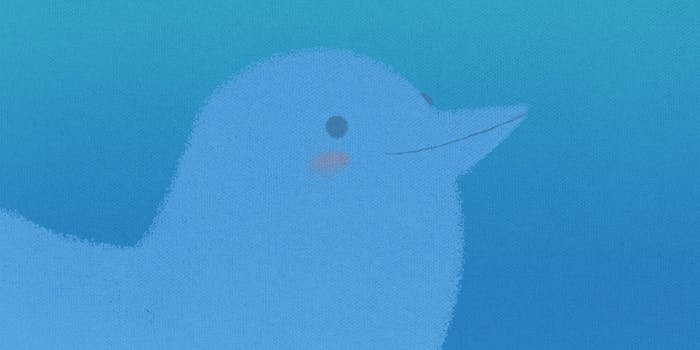 It's not the first time he's done something irresponsible.

Controversy machine Chuck C. Johnson has apparently been banned from Twitter after tweeting about soliciting money for “taking out” political activist Deray McKesson.

Johnson tweeted the following, though the tweet has now been made unviewable:

McKesson rose to activist prominence on Twitter after the events of Ferguson, Mo., which raised issues all over the country about how police interact with black American citizens. Johnson has only injected chaos into an already volatile situation with his actions, even reportedly tracking down the address of Washington Post reporter Wesley Lowery’s parents. Lowery also covered the events in Ferguson.

Twitter is famously terrible when it comes to responding to reports of harassment, moving very slowly or taking no actions at all.

.@twitter can never claim they've solved their harassment problem so long as this man remains on it. https://t.co/RPvPHeqEzC

But that does not appear to be the case today. In a bit of poetic justice, it was McKesson who made the news public in a tweet of his own. 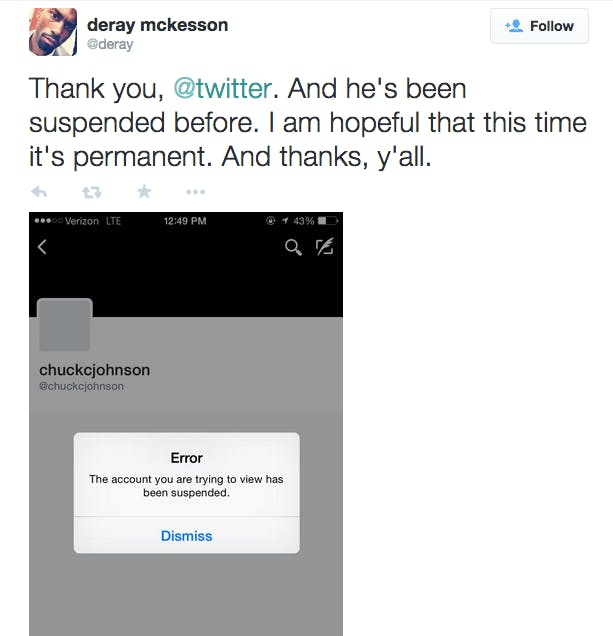 On Friday, Johnson was reportedly leaking the info of people on Adult Friend Finder, which was recently hacked. He also went on a rant about “social justice warriors.”

In December of last year, he published the alleged name of the UVA rape victim, stating that the case was a hoax. People urged for Twitter to ban him then, but that did not happen.