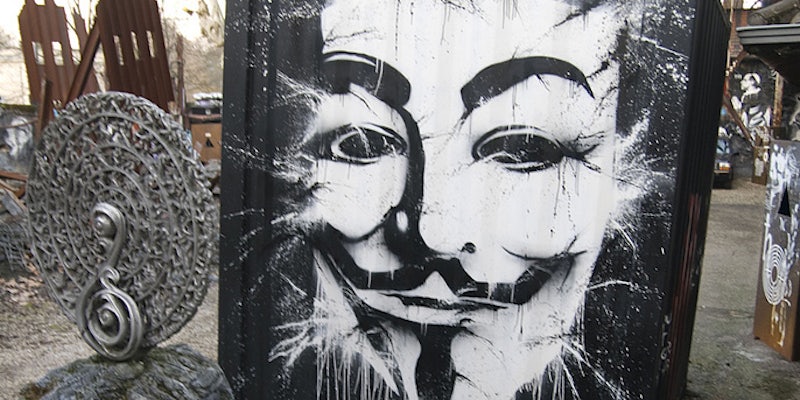 Christopher Weatherhead, 22, claims he's not a hacker, just the communications manager for the group that attacked PayPal in 2010.

Christopher Weatherhead, 22, was convicted on one count of conspiracy to impair the operation of computers. The ruling is in connection to a 10 day hack on PayPal “after the backlash against Julian Assange and WikiLeaks following their release of classified data in December 2010,” the Guardian reported.

Weatherhead claims he was not directly involved in the hacks and instead was the group’s communications manager who helped set up chat rooms. Weatherhead and three others, Jake Birchall, 18, Peter Gibson, 24, and Ashley Rhodes, 28, attacked PayPal after it decided to block donations to WikiLeaks.

“Other companies targeted included Mastercard, Visa, and the British Recorded Music Industry (BPI). Anyone who tried to visit their websites was directed to a page displaying the message: ‘You’ve tried to bite the Anonymous hand. You angered the hive and now you are being stung,’” the Guardian added.

Weatherhead’s conviction follows in a line of Anonymous-related arrests that rocked the hacker community this year. One of the largest was in March when LulzSec leader Hector Xavier Monsegur, known as “Sabu” online, pled not guilty today to two counts of computer intrusion after it was revealed that he was working with the FBI for months to bring down key players in the organization. Monsegur received a six-month sentencing reprieve in August for his ongoing cooperation.

Weatherhead is banned from using the Internet until he is sentenced at a later date.