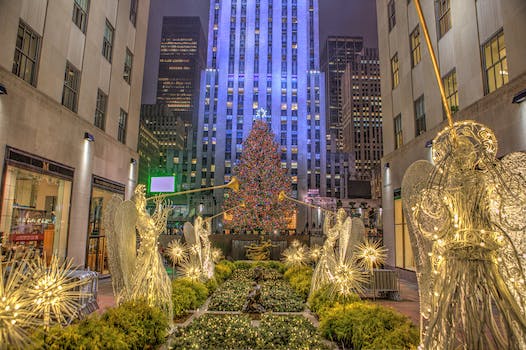 Why Christmas creep is ruining the holidays for everyone

I'm a certified Grinch, but even Christmas lovers should loathe the holiday's recent November takeover.

The time for horrifically mangled carols, obnoxious Salvation Army bellringers, dreadful Christmas specials, wanton public displays of maudlin sentiment, irritating office closures, and hideous commercialism is upon us. Yes, it’s Christmas time, and Christmas came two months early this year. I am an unabashed grinch, and what I loathe most about the holiday season is Christmas creep, which has turned Christmas into an unendurable holiday that strangely seems to have become an affair stretching over two months. Apparently, Christmas started in October for 2014, whether we like it or not, and if we don’t put a stop to it, who knows where the hard limit of Christmas creep will fall.

It is perhaps no wonder that the Internet is already gearing up, as polls show that 71 percent of Americans similarly dislike the extended Christmas situation. The bold 29 percent are prepared to take up arms in defense of their beloved holiday, while the rest of us load our cannons in advance of the siege. Luckily, the Marines have prepared the ground for us, and we have many brave generals to lead us. Yes, that’s right: The War on Christmas is real.

At Forbes, Steve Cooper highlighted the growing encroachment and pleaded for a truce: “In late October and early November, give the Christmas decorations a rest. Let the aromatic wafts of pumpkin-spiced lattes ease the seasonal transition before dumping fake snow all over the countertops.” Yet, his attempt at negotiating a Christmas Peace wasn’t enough when faced with the tide of red, green, and white.

For those who celebrate—though fellow grinches may enjoy James S. Henry’s definitive takedown of Christmas in the New Republic—the holiday may be filled with happiness and joy, and I’m willing to give you Christmas Eve, and even 12 days of Christmas (which, incidentally, account for the days following Christmas and through to Epiphany, not the days preceding Christmas). An advent calendar here and there is not unwarranted. One can also understand how excitement would mount in the days leading up to Christmas, though the Santa hats, Christmas tree stickers, and the like on every social media site are a bit irritating.

However, perhaps we shouldn’t be surprised that Christmas creep is so accepted on social media. Millennials seem to be coming to terms with it, perhaps because they’ve been subjected to it for much of their lives, and they’re highly active on social media.

But this has to stop. The rest of us would like our calendar back, because when 98 percent of malls put up Christmas decor in the first week of November, we have clearly hit a bridge too far.

The first warning sign that Christmas creep was getting out of control was when it started to swallow Thanksgiving. Whatever your personal feelings on the holiday may be, it once occupied a respectable spot in the November calendar, an event when college students would go home for the holidays, friends would gather for a shared meal, and families would squabble over turkey in a pre-game for the all-out Christmas brawl. Now, the holiday is merely a prelude for the sometimes fatal retailgasm that is Black Friday, followed by the stampede to the Internet for Cyber Monday, reflecting the growing interest in online shopping (many retailers, of course, are starting their online sales much earlier).

The brave Thanksgiving emplacement, however, quickly toppled. “[R]etailers twisted themselves in knots” writes Martha C. White at Time, “trying to come up with a catchy term for the day before Black Friday, when a handful of the nation’s biggest chains kicked off their Black Friday sales. Black Friday Eve? Black Thursday? We used to just call it ‘Thanksgiving.’”

This level of baroque absurdity is really brought home in the downtown retail districts of major cities in America, which clearly champ at the bit to install Christmas displays as early as they possibly can. The famous Rockefeller Christmas Tree arrived on November seventh this year. Likewise, Harrods launched its world-famous holiday windows on the same day. A day later, Macy’s in Chicago unveiled its holiday displays. This is absurd. Holidays should maintain a respectable one week buffer zone, beyond which they should not be permitted to stray. Yes, this even goes for Easter, which will just have to pack all its celebratory aspects into Holy Week.

In a way, though, Christmas creep has created itself, and its only going to get worse every year; hydralike, it will grow new heads even as old ones are cut off. An analysis from the University of Pennsylvania suggests that Christmas creep will become “something of a self-fulfilling prophecy.” The college argues, “Retailers gauge the success of the current selling season by using a metric called same-store sales—comparing this year’s figures with those from the same period in the same stores a year ago.” UPenn marketing professor Stephen Hoch warns, “Once one of these sales happens, it will happen forever.”

The origins of Christmas creep lie far back in U.S. history, with roots in commercialism, as John Kelly at the Washington Post discovered when he decided to research the phenomenon. He found that pushes to move sales up started in the early 1900s, and only escalated from there, something that retailers have cheerily taken advantage of as they attempt to woo consumers. And no wonder: Gallup estimates that Americans will be spending nearly $800, on average, on presents, and retailers want to be sure to capture that market. Subsequently, they have to outpace each other; last sale in is a rotten egg, so to speak. With sales comes the need to advertise, decorate, and push people into “the Christmas spirit,” moving the holiday ever up in the calendar.

Even those who love Christmas experience fatigue when confronted with a holiday that seems to grow ever-longer. At the Washington Post, committed Christmas fan Alexandria Petri highlights the problem for those who still love the holiday:

I love Christmas. I love The Holidays. I love these bright spots and festivals of light in the middle of the bleak midwinter, when families gather and Lifetime movies abound and a creepy animated Tom Hanks turns up on our televisions riding a train. But I can’t take it for two months. At the end of two months, I am about ready to dart down into Whoville and start pocketing everyone’s gifts with a snarl and sending Cindy Lou Who back to bed without water.

Christmas creep, it turns out, is not just irking the grinches. It’s pissing everyone off.