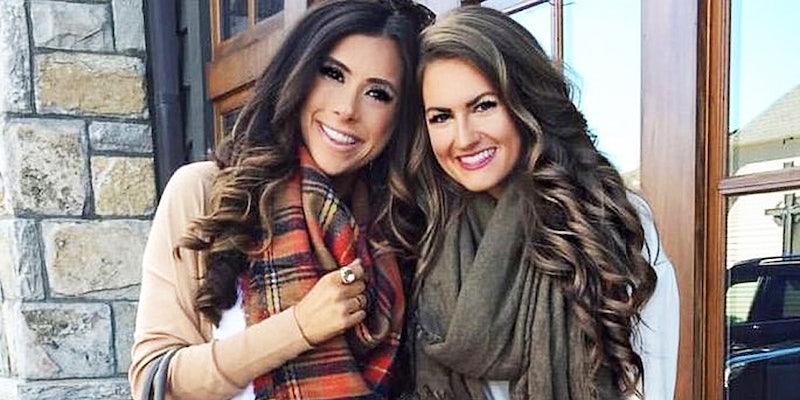 Did someone say pumpkin spice lattes?

Break out your oversized plaid scarves, tidy bootcut jeans, and pumpkin spice lattes because it appears that we’re on the precipice of “Christian Girl Autumn.” That’s right—as Hot Girl Summer fades into the shimmering, dusty pink sunset, there is apparently a threat that we’ll be left with a decidedly less fun and sexy seasonal trend.

What is ‘Christian Girl Autumn’?

“Hot Girl Summer is coming to an end, get ready for Christian Girl Autumn,” it read, along with the leaves emoji and heart-eyes emoji. “AND THEY MAD PERIOD,” added a follow-up tweet.

The work was actually that of a 19-year-old college student from Long Island and self-proclaimed Twitter troll named Giovanni, as BuzzFeed News later learned.

Inspired by Hot Girl Summer, Giovanni said he thought to himself, “why not pretend to be a white Christian girl?” He then found the image by googling “cute church outfits” and “all scarf outfits.” He didn’t know the women in the photo.

Regardless, the “Christian Girl Autumn” photo and caption clearly struck a chord with people, as it went on to become a full-blown meme as others joked about the women in the photos and others that generally resemble them.

me and my girls Karleigh, Caitleighynn, and Makelynn-Lee going to bible study after our prayer circle at starbucks during christian girl autumn pic.twitter.com/UjCYoQFj71

Eventually, the two women featured in the original “Christian Girl Autumn” tweet caught onto the joke, and they possess a much greater degree of chill than the photo would suggest.

Emily Gemma, a 31-year-old Tulsa, Oklahoma mother of two who blogs at “The Sweetest Thing” and Caitlin Covington, a 29-year-old Winston-Salem, North Carolina blogger who runs “Southern Curls and Pearls,” say that the photo in question is actually three years old. It was taken during a trip the influencer friends took to Highlands, North Carolina, to photograph their 2016 “fall content” for the season.

Both Gemma and Covington understand why the photo went viral and admitted that it was a little over the top.

“We were kind of matching. It was cheesy,” Gemma told BuzzFeed News. “We look so basic in our blanket scarves and holding our Pumpkin Spice Lattes,” added Covington.

And although both women are indeed Christian, they say people shouldn’t be so quick to make assumptions about them.

“That’s not me at all,” said Covington, of the accusations some have made about the two friends being anti-LGBTQ, among other things. “I’m a nice person and I love everyone and I’m accepting of everyone.”

Once they caught wind of the Christian Girl Autumn meme, both women took to Twitter to joke about their newfound viral fame.

I wish I had just half of yall’s creativity https://t.co/O3AFEpCCsK

They both also made sure to share photos of their current fall looks, lest anyone think they’re three years out of style:

No shame in my fall fashion game… also no blanket scarves or Celine handbags! (But there’s nothing wrong with either of them!) pic.twitter.com/Ow7szTECH4

If nothing else, you have to give mad respect to Gemma and Covington for having such a sense of humor about the whole thing. And maybe, it’s also a good lesson for the rest of us not to so quickly judge a book by its cover.