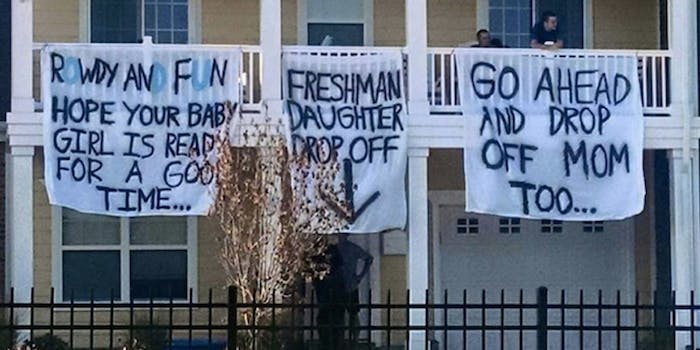 The latest studies reveal that 20% of women are sexually assaulted during college. There has been an outpouring of backlash against campus rape culture. But hey, frat boys will be frat boys, am I right?

Jezebel reported that yesterday, freshmen women at Old Dominion University were greeted by various off-campus housing signs that caused an outcry on Facebook and Twitter—as did remarkably similar signage seen at Ohio State University—with the sentiments displayed including:

“Go ahead and drop off mom too” 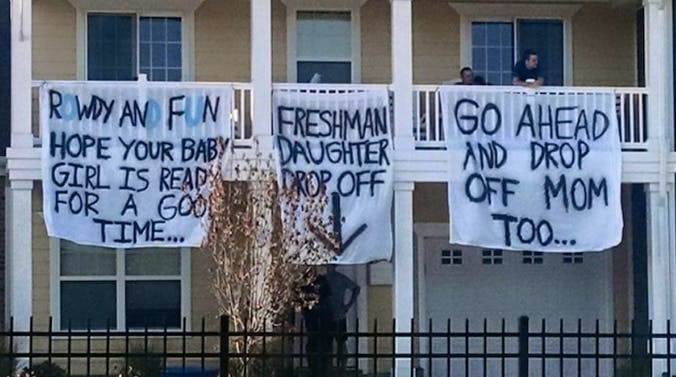 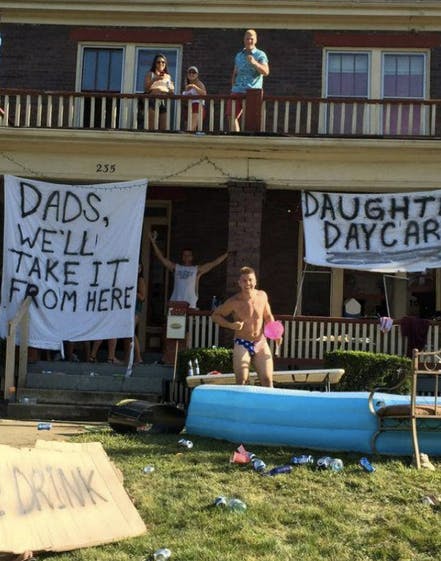 The OSU frat boys spoke out on local news:

Ah! The Christianity excuse! Classic. #ChristiansJustWantToHaveFun, am I right? But while their religion doesn’t excuse them for being misogynist, it actually does justify—or at least explain—the horrible signs.

Corinthians 14:34 says: “Let your women keep silence in the churches: for it is not permitted unto them to speak.” Frat boy translation: “Bitch don’t kill my vibe.”

Timothy 2:12 adds: “I do not permit a woman to teach or to have authority over a man; she must be silent.” Frat boy translation: “Hey girls. This is my house, so you gotta submit to my rules. Want some punch?”

And we must not forget about Deuteronomy 22:28! “If a man rapes a virgin who is not betrothed—that is, who does not belong to another man—there is no punishment.” Frat boy translation: “It’s not like we’re gonna get in trouble anyway!”

So as long as fraternities keep following the strict word of God, they’ll continue to have a plethora of excuses to use over and over again. Praise be.