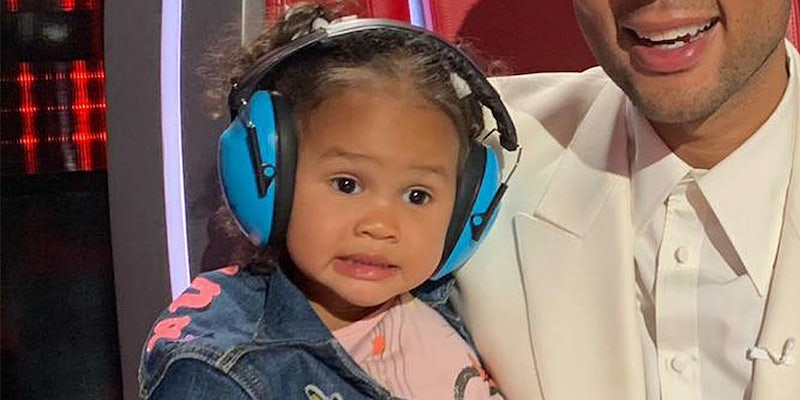 Chrissy Teigen is known for her meme-ability. And her most famous meme came from her absolutely epic cringe face at the 2015 Golden Globes awards. Since then, she and her husband John Legend have had two kids, who many (including Teigen) believe are the couple’s exact replicas.

Their daughter Luna proved this when someone snapped a photo of her and her dad while visiting the set of The Voice, where Legend is a judge. Luna’s face is basically a recreation of Teigen’s cringe face.

Teigen saw the resemblance and posted the photo on Twitter writing, “omg me.”

She then took the photo to Instagram with a side by side to show just how similar she and her daughter are. “O dear,” she wrote.

Twitter had some fun with the near mirror image. One person put Luna’s earmuffs on Teigen’s head.

Others took it and ran with relateable memes. “Me checking my bank account after spending blindly for a week,” one person captioned the picture.

“When someone tells you something you didn’t wanna hear,” someone else wrote.