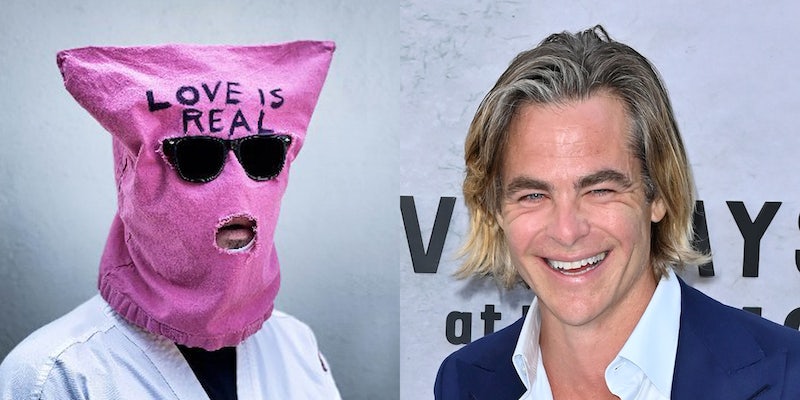 Why the internet loves the Chris Pine-Chuck Tingle theory

Tingle seemed to enjoy the discourse linking him to the 'Star Trek' actor.

Erotica writer Chuck Tingle has centered his stories around a variety of characters, from dinosaurs to Pokémon Go to the recent Loab meme. He’s released over 300 ebook titles over the last eight years through Amazon, with titles like Glazed By The Gay Living Donuts and The Handsome Physical Manifestation Of Autumn Turns Me Gay.

Yet his identity has remained a mystery—and his legion of fans happily accept his silly biographical details, like the fact that he claims to have a PhD from DeVry University. But an online rumor linking him to a high-profile celebrity is putting his identity in the spotlight again.

I first saw the “Is Chris Pine secretly Chuck Tingle?” theoryon Twitter in 2020, after people shared a tweet from a woman who said Pine was a “fantastic” writer in an erotica class at University of California, Berkeley that she student-taught.

Pine graduated from the university in 2002. The theory was quickly forgotten in the midst of the pandemic. Then, earlier this month, it reappeared after Pine became a meme for dissociating at the press conference for Don’t Worry Darling at Venice Film Festival—and apparently not getting spit on by Harry Styles.

Pine has yet to publicly respond to the theory, and his representative did not respond to a request for comment. Tingle, however, seemed to enjoy the discourse linking him to the Star Trek actor. “One thing chuck loves about handsome chris discourse is that my way as autistic bud and bi bud is NOT visible so it warms my heart to see buds say ‘it is not my place assume chris pine is straight and neurotypical, he could be chuck who knows’ honestly so moving and important,” Tingle wrote in a tweet on Sept. 5.

“I do not usually like to talk on or encourage guesses of chucks way but in this case i do not know it is just very moving to me honestly brings tears to my eyes to see such openness and lack of gatekeeping,” he continued.

It’s fun to imagine celebrities, who are closely watched and photographed, living secret double lives. The idea of an actor writing gay erotica fiction in their spare time also seems semi-plausible—they do have breaks between films and projects, after all!

Pine is also getting attention for his new, longer hair and soft, flowy outfits. Perhaps he’s entering a new era, one that includes erotica. Or he’s not Chuck Tingle but now wishes he were after reading the theory. Either way, the linking of two internet idols makes sense.

I just hope that someone is brazen enough to ask Pine about the theory at a press conference in the near future.