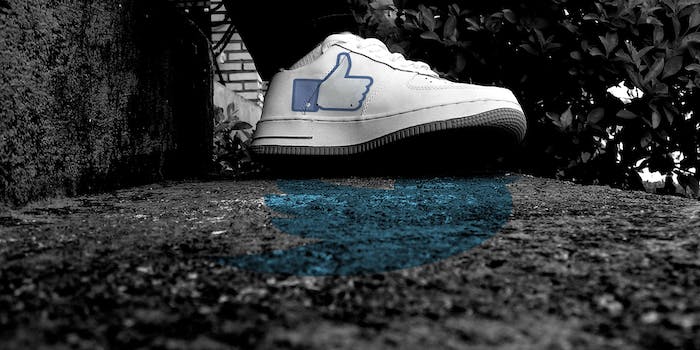 NFL punter Chris Kluwe reveals what life is really like online for a professional athlete.

I’m always curious when I get requests from sites to write a piece for them, because it’s fun to see what they want me to write about. The list of topics presented invariably reveals much about the site, and about how they view the writer—what they think he/she is good at, and what they think their audience wants to see. I never give them any clue as to what I’m going to write, because it’s far more fun to subvert their expectations.

A case in point. For this piece, the suggestions revolved mainly around fantasy football, and how to deal with Twitter/the Internet as a professional athlete. We’re not going to talk about fantasy football, A) because I don’t play it, and have no good advice to give, and B) because my idea of fantasy involves dragons, swords, and magic (or scantily clad women, depending on if it’s said with a wink or not [if there’s a wink, it’s the dragons]). 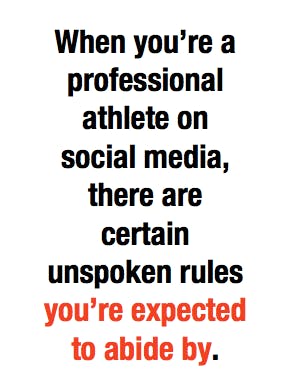 No, today we’re going to talk about life online as a professional athlete.

When you’re a professional athlete on social media, there are certain unspoken rules (I lied, some of them are spoken in media meetings) you’re expected to abide by. The team (or company, really) wants you to be engaging, because that draws interest and boosts ticket/jersey sales, but it’s best if you’re only engaging on innocuous subjects. Teams really like it when you tweet “Rise and grind” each morning, or “gr8 day wth my tmmates, gettin that work in,” or “TEAM PROMOTIONAL ACTIVITY GOES HERE”—because it’s seen as the pinnacle of wit, you’re interacting with fans, and above all, it’s comfortably inoffensive (except, perhaps, to those with a dislike of the redundant and an appreciation of spelling and grammar, but no one really cares about those people, amirite?). Michael Jordan’s famous quote holds even more true today than it did in the ’90s:

You see, we’re in the business of selling you entertainment! We’re also in the business of selling you everything that goes along with entertainment, like sneakers, and jerseys, and sweatsuits, and mini-helmets, and commemorative plates, and cars, and alcohol… well, you get the idea. The funny thing about entertainment companies is that without fail, they want to grab the biggest slice of the pie they can, and the pie is biggest when it’s watered down and spread out and so generic that anyone can stomach a bite. It might not taste like much, but it sure is easy to keep choking it down the old gullet. 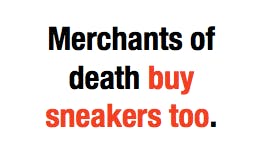 What teams don’t like is spice. Flavor. Something that makes people angry, gets folks riled up. They hate to see those messages that could possibly alienate a buyer, no matter how odious that buyer’s views may be. For example, if a professional athlete were to tweet the following—“Jeremy Hammond and Barrett Brown and Glenn Greenwald and Chelsea Manning and numerous other whistleblowers and reporters are being systematically harassed and incarcerated by a bloated and wasteful political system that’s only concerned with making more money for those that already have plenty of it, regardless of the long-term consequences to political stability”—why, that athlete would probably get a stern talking to from the PR department, and possibly the head coach as well.

If a professional athlete were to post on Facebook—“We are a country of short-sighted imbeciles who spend billions of dollars on a children’s activity that leads to long-term health problems for those involved, rather than overhauling our tax and election systems, because it’s much easier to tune out the problems of the world around us instead of fixing them”—why, that athlete would almost certainly be deluged with angry responses from members of the public incensed at the political views infesting their gloriously pure game. “Sport is our sanctuary,” they would bleat, maxing out the credit card at 28 percent interest to buy another sweatshop produced jersey. “Life is hard enough as it is, don’t bring it into my entertainment.” 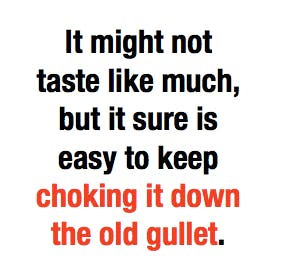 If a professional athlete were to Instagram a photo of children dead from drone strikes ordered by a Nobel Peace Prize winner, or pictures of starving refugees fleeing from another propped up “friendly” government, or the grim reality of what a savagely hurtling chunk of metal can do to exposed flesh when fired from a gun, well, it goes without saying that there would be some repercussions. “You can’t show people things like that. You’re a role model. People don’t want to see war, and violence, and despair. Now let’s strap it up and hit the battlefield, and destroy that man across from you!”

Merchants of death buy sneakers, too.

If a professional athlete were to pen an online piece about the corrupting influence of power on those in religious and non-religious positions alike, or the rampant problem of rape culture prevalent all across America (especially in sports), or the utter indignity of a prison system run for profit and designed to incarcerate those who can’t afford to hire the right lawyers, or the astronomical cost and utter failure of the “war” on drugs especially as it relates to impoverished minority communities, or even the overall travesty of making the pursuit of money your only goal in life… well. Words would be said.

So, I know we took a roundabout way to get there, but I guess what I’m really trying to say is that if you’re a professional athlete online, you’re much better off talking about the best place to buy sneakers, how comfortably they fit, and just how cool they look. You really can’t go wrong that way, and you’ll probably end up making quite a bit of money. Don’t worry about all the other stuff. I’m sure there are role models out there who influence hundreds of thousands of people that’ll take care of it. Just keep your head down, and sell those shoes. It’s safer that way, and your career will last much longer.

Me? I prefer sandals.

Chris Kluwe grew up in Southern California among a colony of wild chinchillas and didn’t learn how to communicate outside of barking and howling until he was 14 years old. He has played football in the NFL, once wrestled a bear for a pot of gold, and lies occasionally. He is also the eternal disappointment of his mother, who just can’t understand why he hasn’t cured cancer yet. Do you know why these bio things are in third person? I have no idea. Please tell me if you figure it out.

Chris Kluwe is a former NFL punter, social activist, and writer. He’s well-known as an outspoken advocate for marriage equality. His first book, ‘Beautifully Unique Sparkleponies, was released in 2013, and his first tabletop game, Twilight of the Gods, arrived in 2017.