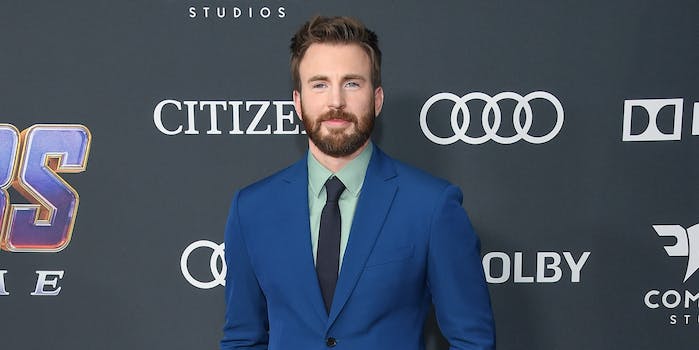 He called the boy a hero.

Chris Evans is handing off one of Captain America’s shields for a 6-year-old boy after he stepped in to save the day.

Earlier this week, Nicole Noel Walker shared a story about her nephew Bridger, who had stood in front of his younger sister to protect her from a dog that was running toward her. The dog attacked and bit Bridger, but he was able to get his sister away from harm. He required stitches, and according to Walker, Bridger said “If someone had to die, I thought it should be me.”

Walker then tagged a number of actors who’ve played superheroes on the big screen.

Her post went viral as actors like Anne Hathaway and Winston Duke shared Bridger’s story on his own feed. In a subsequent post, Walker revealed that several other actors like Hugh Jackman, Tom Holland, Zachary Levi, Mark Ruffalo, and the Russo Brothers, among others, have all gotten in touch about Bridger’s story via comments or direct messages.

“People who put the well beings of others in front of themselves are the most heroic and thoughtful people I know,” Ruffalo wrote. “I truly respect and admire your courage and your heart.”

But perhaps the biggest message of all came from Chris Evans, Captain America himself, who sent Bridger a short video offering him praise, which Bridger fittingly watched while wearing a Captain America costume.

But Evans also had something else to give the boy he called a hero.

“I’m sure you’ve heard a lot of this over the last couple of days, but let me be the next one to tell you: Pal, you’re a hero,” Evans said. “What you did was so brave, so selfless. Your sister is so lucky to have you as a big brother. Your parents must be so proud of you! I’m going to track down your address, and I’m going to send you an authentic Captain America shield, because pal, you deserve it.”