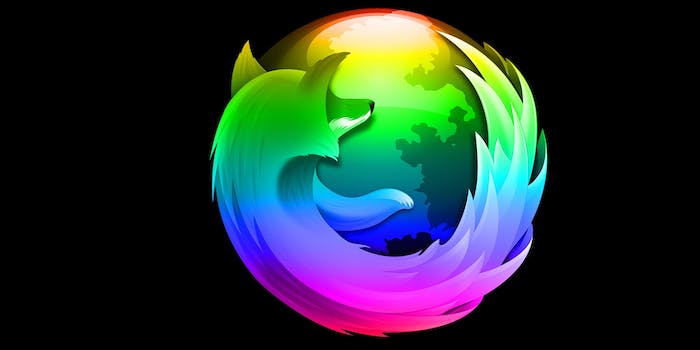 "Mozilla prides itself on being held to a different standard and... we didn’t live up to it.

In a blog entry posted to its website on Monday, Mozilla announced the appointment of Chris Beard the organization’s new interim CEO.

Beard’s selection comes about a week after Brendan Eich resigned from the position following an uproar about his $1,000 donation to a 2008 political campaign aimed at banning gay marriage in the state of California.

In the post, Mozilla Executive Chairwoman Mitchell Baker noted that Beard, who has been involved with Mozilla since its earliest days, will also join the company’s board of directors. ?In this time of transition there is no better person to lead us. Chris has one of the clearest visions of how to take the Mozilla mission and turn it into programs and activities and product ideas that I have ever seen,” wrote Baker. ?In the early years at Mozilla he was responsible for leading the Mozilla product, marketing and innovation teams.”

Excited to step in as interim CEO to continue shaping the future of the Web for public good w/ fellow Mozillians: http://t.co/A5gyE8qDHx

Founded in the late 1990s as an outgrowth of Netscape, Mozilla is a nonprofit software company best known for creating the free, open-source web browser Firefox. Mozilla’s reputation as one of leading lights in advocating for an open, universally-accessible Internet is likely what triggered such a strong and emotional reaction.

The most high-profile action against Eich, who created the ubiquitous JavaScript computer programming language, came from online dating site  OkCupid, which posted a notice that, due to Eich’s anti-gay views, it was encouraging to users to use other web browsers instead of Firefox as a means of protest.

OKCupid co-founder Christian Rudder told the Daily Dot that the move was largely sparked by Mozilla’s prior reputation for inclusiveness.“There are a lot of faceless corporate behemoths out there who do shitty things,” Rudder explained, ?but Mozilla is different because of the values it’s supposed to stand for.”

Eich initially insisted the backlash wouldn’t cause him to step down. “If I stop doing that now I think I would be… doing a disservice to Mozilla. And I really do think it’s an important principle of inclusiveness for Mozilla to succeed,” he told the Guardian, adding that he considered OKCupid’s actions against him ?rash.”

However, Eich ended up stepping down shortly after the OKCupid message was posted. At the time of the announcement of Eich’s departure, Baker composed another blog post apologizing for inciting the ire of many members of the diverse Mozilla community:

Mozilla prides itself on being held to a different standard and, this past week, we didn’t live up to it. We know why people are hurt and angry, and they are right: it’s because we haven’t stayed true to ourselves. We didn’t act like you’d expect Mozilla to act. We didn’t move fast enough to engage with people once the controversy started. We’re sorry. We must do better.
…
Our organizational culture reflects diversity and inclusiveness. We welcome contributions from everyone regardless of age, culture, ethnicity, gender, gender-identity, language, race, sexual orientation, geographical location and religious views. Mozilla supports equality for all.

Jason Hanold, managing partner of the headhunting firm Hanold Associates told CNet that going outside the Mozilla family to find a permanent CEO for the organization would likely be a good move.

?Mozilla must show a counter strategy to their last search, which means going external and now likely bringing in a proven CEO who has been well vetted and is known in the tech community. A new chapter starts with a new leader who is new to the organization with new, inclusive beliefs,” Hanold said.