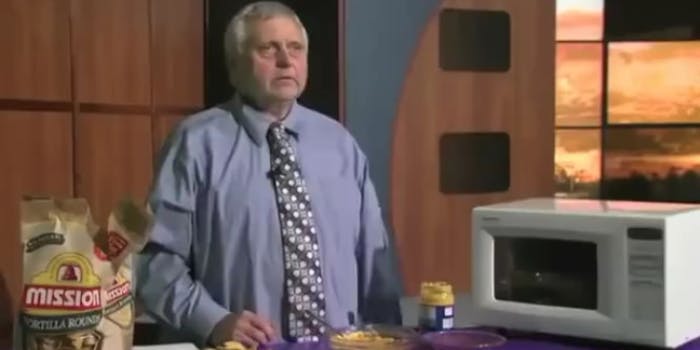 Never has a man seemed so lonely making chips and dip

If you’re making chips and queso dip in a microwave, it’s probably because you’re having a party, right?

Not in the case of one older gentleman who stars in the greatest video ever found on Tumblr.

Normally, you’d serve chips and dip during a celebration, like a birthday party or football watch party. The point is, it’s party food. But as this incredible video mashup shows us, sometimes you just want to eat chips and be alone.

“My friend told me to watch this cooking video while listening to sad music,” wrote the video’s creator, Tumblr user spookyandthethief, whose account has since disappeared. “So I mixed a little something for you all.”

Screengrab via The Best of Tumblr/Facebook