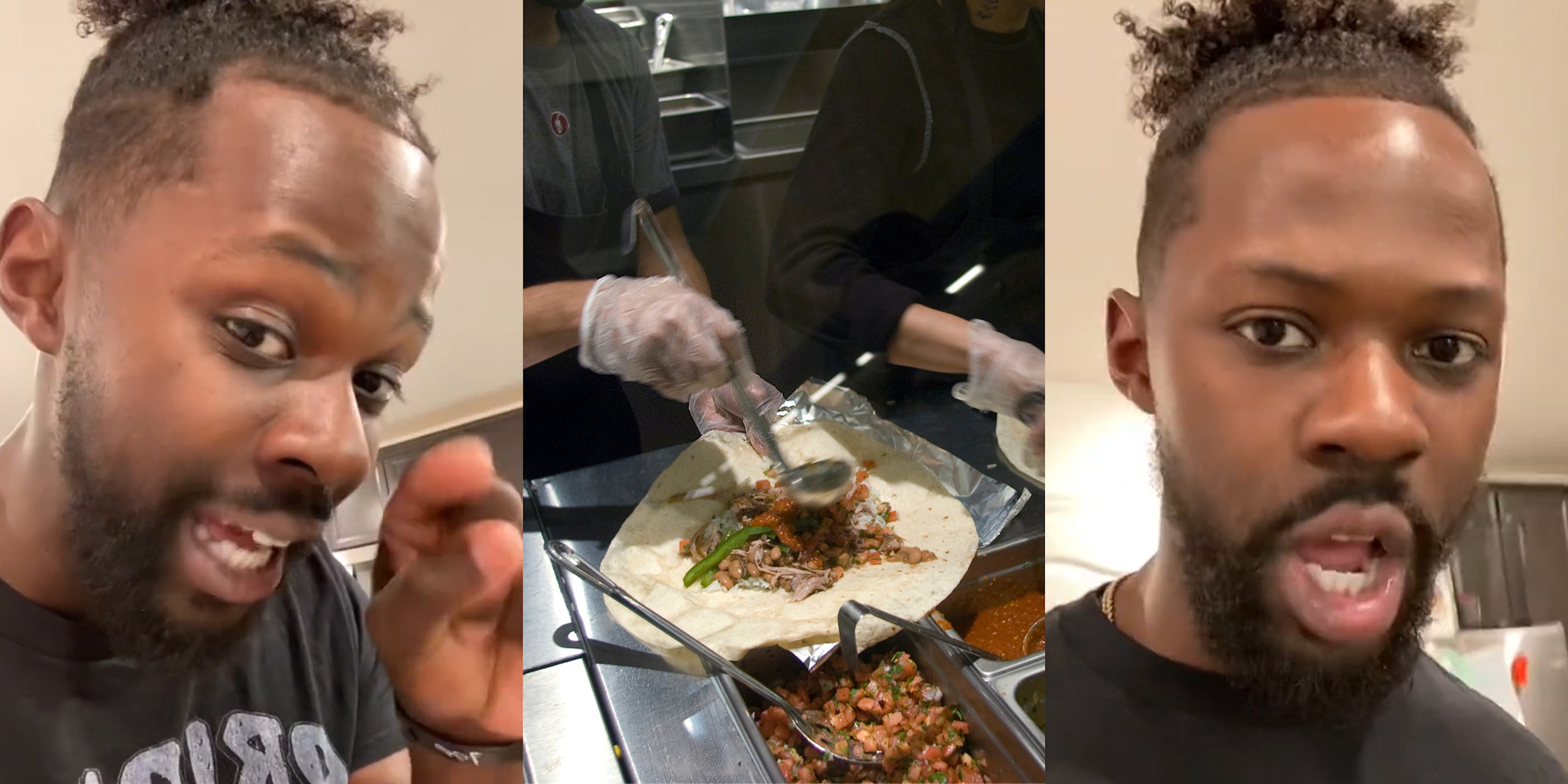 Chipotle has come under fire on multiple occasions for underdelivering on its meat. Numerous users pointed out that online orders feature less meat than in-person orders, and even when in-person customers ask for extra, they don’t always get the amount of meat they want.

Now, a user on TikTok shared what he claims is a surefire way to actually get a double serving of meat.

In a video with over 1.2 million views, user Jonathan Buchanan (@john_cannon_) reveals his secret.

In short, if you want double meat, you have to first ask for a single portion.

When the employee is about to push your bowl or burrito to the next station, Buchanan says to interrupt them and tell them you decided you actually want double meat.

“Now they have to do what they did again,” he explains.

In comments, some users and alleged former Chipotle workers claimed they would love to give more meat on the first go—they’re simply prevented from doing so by management.

“Bro management is literally watching those scoops. It’s a company standard,” alleged a commenter. “The workers don’t care but they need the work.”

“As someone who works there, it’s cause management is watching us like a hawk,” echoed another. “But just get a bowl and ask for ‘a little bit more’ most people will just give u a half portion more cause we don’t gotta charge extra for that.”

Others claimed that the kitchen gets upset when the meat is used up too quickly, leading them to offering smaller scoops.

“Been working for a months at chipotle,” started a user. “We’re usually in a rush or mindful that we can’t keep yelling low chicken for grill.”

“Worked at chipotle for a year, the grill guys get mad at you when you run out of meat too fast. they say the portions are too big, it takes a while,” shared a further user.

This answer wasn’t satisfying to TikTokers, some of whom aimed to provide their own tips to not getting skimped on their meat portions.

“But it’s their job tho,” a commenter responded. “Like I don’t understand. I’m paying my own money to get exactly what I want.”

“Never order online either,” another urged.

According to Chipotle’s site, a double portion of chicken should be 4 ounces. TikTokers have proved that that’s not always the case. Chipotle CFO Jack Hartung said at a conference, per Eat This, Not That, that because of online ordering, “portion sizes are much more consistent because there’s not somebody pointing at every single pan.”