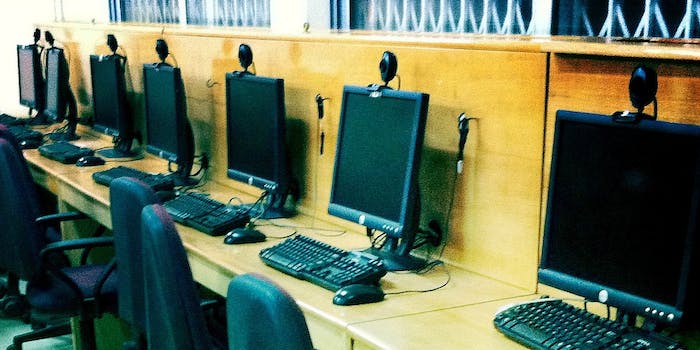 She said she worked sometimes as a cashier and mostly subsisted on handouts from other people.

Xiaoyun disappeared 10 years ago after a fight with her parents in Hengdian, China, and since they hadn’t heard from her in a decade, they presumed for many years she was dead.

Instead, she had spent the past 10 years living in Internet cafes, playing CrossFire and sleeping in bathhouses. Last Friday, police discovered her and, after getting her permission, called her parents to inform them that their daughter had been found, according to the Star Online.

Xiaoyun, a pseudonym, said she left her home at the age of 14 after a fight with her dad.

“[I] had ran away from home before,” she told Qianjiang Evening News, via the Daily Mail. “And at that time when I tried to ask my dad for some money, [my parents] wouldn’t give it to me, saying I must be lying. So I decided to run away for good.”

“I haven’t changed my mobile number in the past 10 years. I thought she might get in touch when she thought of me,” Xiaoyun’s mother told the Evening News. “Afterwards, WeChat (a Chinese chatting app) got popular, so my daughter added me by searching for my mobile number. But she never let me find her… I have a quicker temper and a strong character. I had indeed scolded her before. But after 10 years, she is a grown-up now. I will not tell her off again.”

Xiaoyun said she worked sometimes as a cashier to earn money, and she said she was so good at the CrossFire game that other gamers paid her to play with her. She also said she lived on the handouts of people who felt sorry for her.

At the time she was discovered, which occurred as police officers were running a routine check on the Internet cafe, she was carrying a fake ID. She was fined 1,000 Yuan ($156) for that offense.