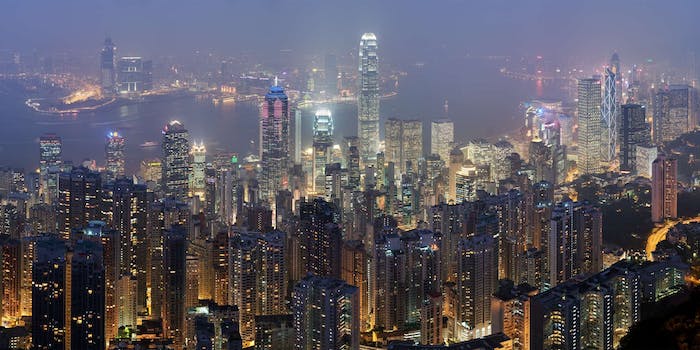 Huang Zhisong is banned from leaving China until 2016.

Correction: This article’s original assertion, that the ban of Huang Zhisong came shortly after Jimmy Wales made comments critical of Chinese censorship, is incorrect. Huang has actually been barred from leaving the country since 2009. Our source for the story, Tech In Asia, misinterpreted a recent Chinese-language interview with Huang, and mistakenly correlated his ban with Wales’s comments. We apologize for the error. The original article is below.

Wikipedia founder Jimmy Wales probably wasn’t thinking about how his stance on Chinese censorship might impact Chinese Wikipedia advocates; but the Chinese government did not take kindly to Wales’ recent outspoken remarks on the subject. In response, they’ve grounded Wikipedia China editor Huang Zhisong from leaving the country until 2016.

Earlier this week, Zhisong told Radio Free Asia, a nonprofit radio group in Eastern Asia, that Chinese authorities had blocked him from making his formerly frequent business trips back and forth to Hong Kong, Taiwan, and Macau.

Human rights activist and blogger Jinyan Zeng first alerted the public to Zhisong’s plight on her Twitter Wednesday. Zhisong told the radio that authorities had not explained to him the reason for the ban. When he asked, they told him only that he “should know the reason.”

The interview comes days after Wales stated in the Hong Kong Wall Street Journal that Wikipedia has been exploring the option of removing the free, but censored, version of Wikipedia in China. This would presumably force Chinese officials into a choice: endure a completely Wikipedia-less nation, or unblock the secure version of the website, which is hosted on non-Chinese servers that do not have to comply with Chinese censorship laws.

Of course, ideally to Wales, the Chinese government would stop censoring individual pages on Chinese Wikipedia. In the interview with Hong Kong Wall Street Journal, he called access to knowledge and education a human right.

But Zhisong has reason to be more pessimistic. He told Radio Free Asia that he felt the blockade was about applying pressure on the Chinese Wikipedia site to comply with the country’s censorship policies.