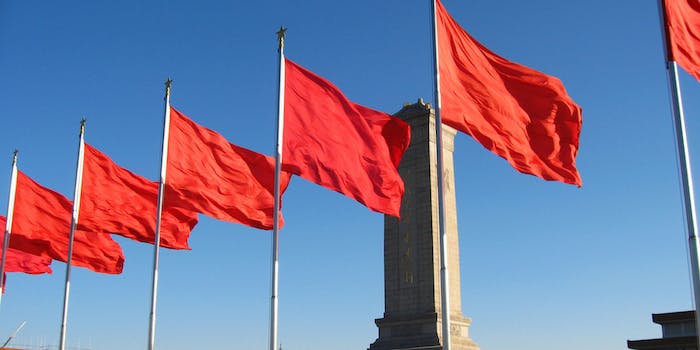 China’s cyber-espionage has gone too far.

Though it now seems an almost quaint notion, in the age of ISIS, China was once considered America’s biggest threat. I’m not talking about the Cold War, either; literally one year ago, 20 percent of Americans said that China was our greatest adversary, according to a Gallup poll. Well, a lot can change in a year, as the most recent edition of that poll shows that we now find Russia and North Korea to be greater threats to our security. Congratulations, Mr. Putin, we truly do not like you.

That Russia has assumed the top spot speaks both to the enduring legacy of Cold War sentiment and Putin’s brazen hostility and paranoia towards Washington. But it also points to a larger problem, in which military aggression is assigned an outdated level of importance that neglects other crucial factors. China may not be the U.S.’s enemy, but they are our most formidable competitor in the global space, and sometimes that’s a more dangerous thing. Indeed, Beijing poses threats when it comes to the environment, economy, international disputes, democracy, and cyber security.

Congratulations, Mr. Putin, we truly do not like you.

In the throes of the global recession, China’s economy grew at staggering rates while the rest of the world slowed down or fell apart, which in turn made the U.S. feel threatened. Now that our economy has rebounded and China is showing signs of stagnation, as CNBC points out, Americans are feeling less defensive about Beijing’s position. But if China’s immediate threat isn’t as apparent as it once was, its less-apparent actions against remain intact and have the potential to grow in severity should the country stray too far from its ambition for dominance.

This has been a sore spot for Sino-American relations in recent years. In 2012, the success of two major Chinese telecom firms, Huawei and ZTE, was curtailed by a House Intelligence Committee report that warned against doing business with either company due to the potential risk for corporate espionage. In 2013, a report revealed that the People’s Liberation Army had a unit dedicated to cyber-spying, with the focus placed overwhelmingly on American companies dealing with information technology, aerospace, telecommunications, and other related fields.

In May 2014, the U.S. indicted five military-affiliated Chinese hackers who were charged with stealing commercial secrets from American businesses. Last October, it was revealed that a group known as Axiom, believed to have ties to the Chinese government, had been hacking into the networks of Western government agencies, companies, and human rights groups over the course of six years, including 2010’s Aurora attack on Google.

We also know that the FBI has been monitoring Chinese hackers since 2006 at least, while American officials claim that cyber-espionage is responsible “for nearly $300 billion a year in stolen intellectual property and lost business to American companies, and who have cost Americans jobs.” Most recently, the latest batch of leaked NSA documents via Edward Snowden showed that China had stolen vast reserves of data regarding fighter jets, nuclear submarines, and other military projects, the cost of which amounted to approximately $100 billion for the U.S. military.

Is this not a full-blown crisis? To offer some perspective, the Department of Defense directly spent just under $760 billion on the Iraq War between 2003 and 2010; in just three years’ time, the value of China’s stolen intellectual property exceeds that figure handily. Clearly, warfare has moved online.

Is this not a full-blown crisis?

Though there’s no definitive way to prove this, there’s enough causational evidence to suggest that hacker groups funded by the Chinese government directly share the information they steal with Chinese businesses. In effect, that means much of China’s rise can be credited to taking advantage of the research and development of other nations, which it then utilizes and implements in record time thanks to factors like the size of its labor force and lack of political opposition. And it does not bode well for the future that China has not appeared to retreat from this behavior as its economy develops.

Russia may seem like the bad guy on the block once again, but for all of Putin’s anti-U.S. posturing, his interest is primarily in vainly asserting his political power. Meanwhile, China’s cyber-theft program is actively extracting resources that capitalize on that treasured American innovation, with effects that are likely to be felt for a much longer time if we don’t find a way to fight this war online.