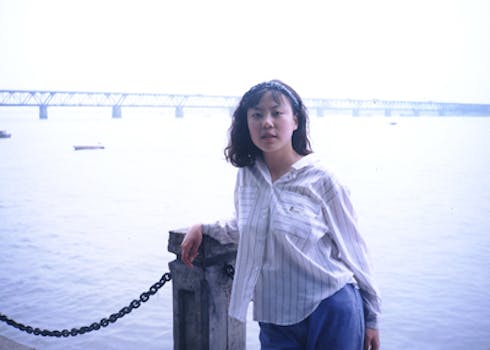 Chinese are demanding Beijing, and the world, help solve a 20-year-old cold case.

The official White House petition site has become ground zero for an international online manhunt spanning two decades. More than 100,000 people, the vast majority of whom are Chinese or Chinese American, have signed a petition demanding the White House investigate “and deport” the chief suspect in a 1994 poisoning case that left a brilliant young university student crippled for life.

The fact the case spans 20 years and two international borders suggests the visceral anger Chinese feel about how officials handled, and continue to handle, the case. Zhu Ling was just 21 and a student China’s most prestigious technical university when she suddenly became very ill in 1994. Her stomach ached painfully, she began losing hair—a few months later, her legs began failing due to intense pain, and her face became partially paralyzed.

What had happened to Zhu Ling? Doctors were mystified.

The Internet was still in its infancy back in 1994, but her friends and classmates were savvy enough to launch one of the world’s first international crowdsourcing campaigns. They posted a plea for help over Usenet message boards, and responses quickly poured in. The Internet’s diagnosis proved right: Zhu Ling had been poisoned with thallium, a silver-colored heavy metal that was once used in rat poison, but proved so dangerous it was banned by most governments across the world. It is now only available to chemical research laboratories. You can’t just walk into your local pharmacy and buy it.

Suspicion immediately fell on Zhu Ling’s roommate, Sun Wei, one of the few student’s who had access to thallium at the campus. But police never pressed charges against her, and the case was dropped in 1998 without ever naming a suspect.

Suspicions about why that happened continue to fuel passionate interest in the case: Sun Wei had very good connections to top communist leaders in the capital: Her father’s cousin had once been deputy mayor of Beijing, and her grandfather was said to be friends with Jiang Zemin, China’s president at the time. Sun Wei has since allegedly changed her name and fled to the United States.

Twenty years ago the Internet saved Zhu Ling’s life. She was treated with Prussian Blue, the antidote for Thallium, but not before the poison had left her permanently disabled and completely dependent on the care of her aging parents. Having suffered severe brain damage, she is now confined to a wheelchair and requires supplemental oxygen. Now Chinese netizens are hoping the Internet can play a different role: Bring Zhu Ling’s poisoner to justice.

The case received renewed attention after another high profile poisoning case at a prestigious Chinese school: This time, Shanghai’s Fudan University. Police have already made an arrest—the victim’s roommate—and Chinese around the world were immediately struck by the contrast between the two cases. Lingering anger and frustration bubbled up overnight, going viral on China’s Web forums and social media platforms. Angry users of Sina Weibo, China’s most popular social network, littered the profile for the Beijing police with comments and insults.

Zhu Ling’s case has come to symbolize everything wrong with Chinese judicial system, which can bend to the whims of the politically powerful while steamrolling everyone else.

Members of the United States’ largest online Chinese community, Huaren.us, began functioning as the U.S. arm of the international manhunt. They worked feverishly to translate a news report on Zhu Ling and posted it to YouTube, fought edit wars on Zhu Ling’s English-language Wikipedia page, and raised $1,500 to hire a private investigator to hunt down the suspect, who they believe now calls herself “Jasmine Sun.”

On May 3, forum members launched the White House petition, and in less than three days it had reached 100,000 signatures. That’s the threshold required for an official response from the White House. It’s not entirely clear what the Obama administration can do: The Justice Department can hardly undertake a criminal investigation in a foreign country.

But if international attention is what the online activists want, they’re succeeding. English stories about Zhu Ling are trickling in. Sina Weibo, China’s Twitter-like social network, briefly censored mentions of the case over the weekend, before backtracking on Monday. The same day, the official news platform of the communist party, The People’s Daily, ran a story on Zhu Ling with the headline: “China, Ruled by Law, Should Seek Justice.”

Millions of Chinese voices have demanded to be heard. And it seems finally someone is listening.