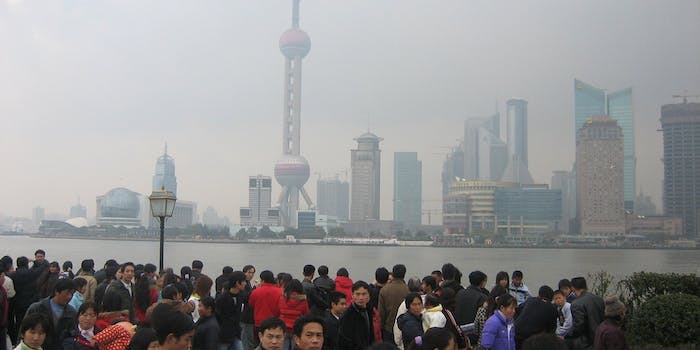 More people use the Internet in China than live in the entire United States.

China’s Internet population has surpassed a half billion people, according to a new report from the China Internet Network Information Center, the country’s Internet regulation agency.

The world’s most populous country long ago boasted the world’s largest online population. Still, the sheer scale of the new number is stunning: More people use the Internet in China than live in the entire United States.

The announcement comes on the heels of a somewhat tumultuous year for China’s Internet—especially its burgeoning social networks.

The country’s microblogging services boast a population of about 300 million, about equal to that of the United States (though it’s unclear just how many of those users are actually active on the service).

Most prominently, Sina Weibo became the epicenter of public outrage after graft and corruption were blamed for a train derailment that killed 39 people in July. And in December, Beijing residents took to the site to criticize the government’s double-speak on the city’s dangerous pollution levels.

China’s censors were watching. In October, the government warned of greater Internet—and specifically social media—oversight. Last month, Beijing and Shenzhen issued laws that requires users of both Sina Weibo and its competitor, Tencent, to register with their real names.

As China’s Web population grows, so do the tools to control it.