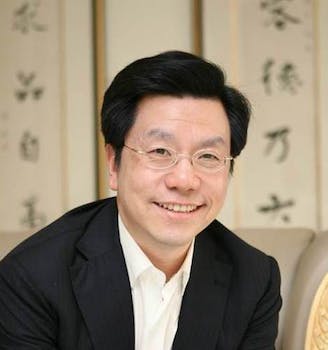 Former Google China head blocked on Weibo, but not on Twitter

Lee Kaifu, a former Microsoft and Google exec famous for railing against Chinese Internet censorship, has been blocked from China's most popular social networks.

Online censorship in China is often deft and subtle. But not always, as 30 million fans of one of the country’s most popular social media personalities discovered over the weekend after he suddenly disappeared from the Web.

Lee Kaifu is the former head of Microsoft and Google in China and a frequent critic of online censorship. As an an apparent reward for his latest complaint—a summary of a Wall Street Journal report detailing how slow international Web speeds were discouraging foreign firms from moving to China—the censors shut down his social Web presence entirely.

Gone were his accounts on China’s most popular social network, SIna Weibo, and the messaging service QQ.

So Lee invited his followers to more hospitable territory.

“I’ve been silenced on Sina and Tencent for three days. Everyone can find me here instead,” he wrote on Twitter, where he has nearly a million followers.

Lee, who now works as chairman and chief executive officer of a Beijing-based tech incubator, may be the most high-profile and mainstream critic of China’s censorship regime on the Web. Earlier this year, Lee played an instrumental role in getting social code-sharing depository Github unblocked in China.