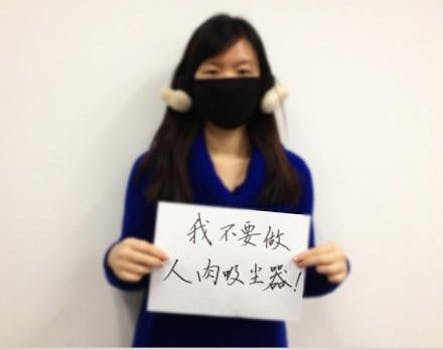 A cloud of toxic pollution descended on Beijing this weekend, prompting citizens to post "I am not a human vacuum cleaner" in protest.

A cloud of doomsday smog descended over Beijing this weekend, bringing with it killer pollution levels that are literally off the charts—35 times higher than the World Health Organization’s definition of “acceptable.”

China’s citizens aren’t going to let their lungs get destroyed without a fight. On Web forums, they’re sending a message to government officials: “I am not a human vacuum cleaner.”

The pollution is so bad that even state media pulled its head out of the sand to warn residents to stay indoors.  The U.S. embassy in Beijing measured the density of PM2.5 particles—tiny particulates that are particularly dangerous because they can clog the cardiovascular system and cause cancer—at 886 micrograms per cubic meter.

How bad is that? The Environmental Protection Agency’s air quality index maxes out at 500. The agency warns that anything higher than 300 could cause severe health effects across the entire populace.

On China’s most popular social network, Sina Weibo, “PM2.5” was a trending term earlier today, according to China blog Shanghaiist. It added: “sales of face masks and air purifiers are as off the charts as pollution levels themselves.”

At the Web forum Shangdu, users compiled images of netizens holding signs that read “‘I love our city, but I refuse to be a human vacuum cleaner.’

The users also posted screen grab of Weibo users decked out in facemasks. 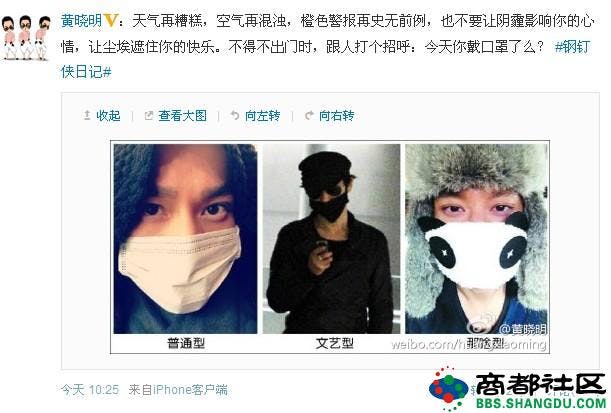 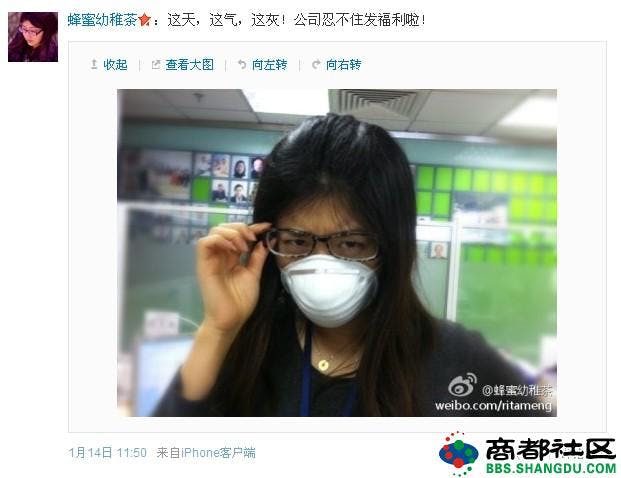 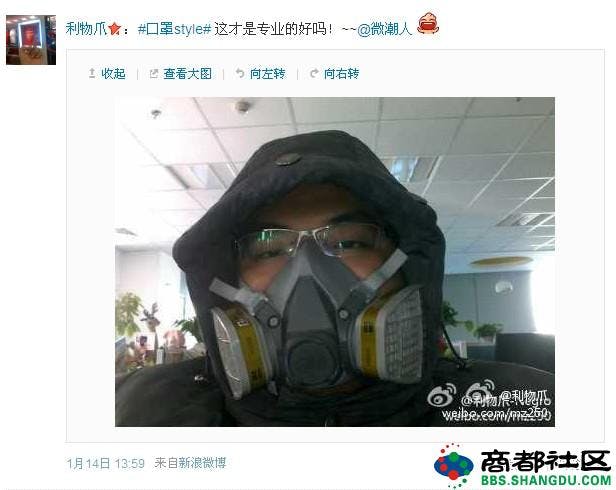