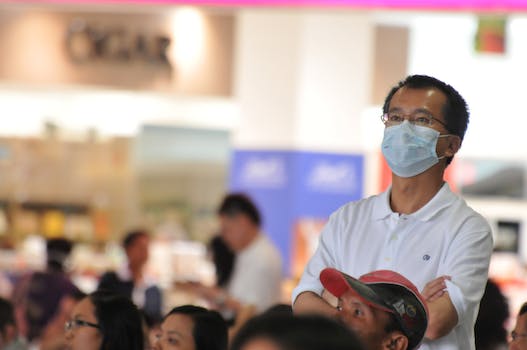 A senior colonel in China's air force says the United States is to blame for a recent deadly avian flu outbreak.

A senior official in China’s People’s LIberation army says the United States government has launched a clandestine biological war on China, and he’s taking to social media to deliver his message.

Eight people have died in Shanghai since a virulent strain of avian flu, called H7N9, broke out .  On Friday officials slaughtered 20,000 birds an effort to stop the spread of the disease, which has so far infected 28 people. Senior PLA colonel Dai Xu thinks the problem does not begin and end with fowl, however. On his personal Sina Weibo account—China’s wildly popular approximation of Twitter—Dai launched a rambling, conspiratorial screed blaming the United States government for both the H7N9 and the SARS outbreak in 2002.

Dai–who is also a lecturer at the country’s National Defense University–posted the following message to his more than 250,000 followers, who in turn shared shared it a combined 30,000 times.

The national leadership should not pay too much attention to the avian flu, or else it’ll be like in 2003 with Sars! At that time, America was fighting in Iraq and feared that China would take advantage of the opportunity to take other actions. This is why they used bio-psychological weapons against China. All of China fell into turmoil and that was exactly what the US wanted. Now, the US is using the same old trick. China should have learned its lesson and should calmly deal with the problem. (Translation via The South China Morning Post)

Go ahead and assume that is not the official stance of the Chinese military. Other prominent Chinese were quick to denounce the post. An editor of popular independent financial magazine Caixin demanded Dai step down: “I’m confident that the vast majority of soliders would not endorse this,” Luo Changping wrote in a post shared 60,000 times. “Mr Dai must step down and apologise to the families of the deceased.”

Step down? Dai has only just begun his patriotic war on the Internet.

“Now, a group of fake American devils are attacking me,” he wrote. “I will not retreat even half a step.”

Meanwhile, other American devils in the US Centers for Disease Control are actively working on a vaccine for the virus.