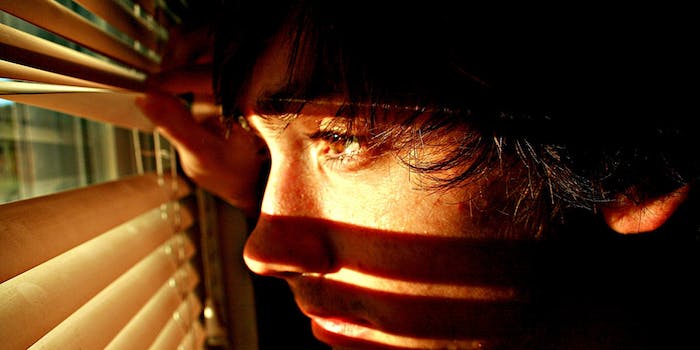 So-called "child sex robots" don't exist yet, but here's why they're worth exploring further.

A few months ago, upon looking at a former elementary school photo and doing a cursory Google search of former classmates, I discovered that a former childhood friend of mine, who I’ll call “Sam”—a boy I hadn’t spoken to in more than 10 years, a boy who used to zip to school on his Razr scooter every morning, a boy who went to my bat mitzvah—is now a convicted child molester.

I thought earlier this week about Sam when I came across a Forbes piece about child sex robots and how they could potentially be used as a therapeutic tool or outlet for pedophiles’ sexual desires. In response to a question by reporter Kashmir Hill, Ron Arkin, the director of Georgia Tech’s Mobile Lab, said that while he doesn’t approve of child sex bots being used for “recreational purposes,” he thinks they could be valuable for research purposes:

“Child-like robots could be used for pedophiles the way methadone is used to treat drug addicts. … There are no presumptions that this will assuredly yield positive results—I only believe it is worth investigating in a controlled way to possibly provide better protection to society from recidivism in sex offenders. … If we can save some children, I think it’s a worthwhile project.”

The aversion to discussing the potential reality of child sex robots is also understandable. Without a doubt, the idea of pedophiles having the opportunity to have wide-eyed, pigtailed child sex dolls sent to their homes, the same way one would a bag of groceries or a bunch of books off Amazon, is incredibly horrifying. Furthermore, Hill makes the point that even though a future child sex bot prototype would probably be legal (simulated or cartoon sexual content that features children is technically legal in the United States, thanks to a 2002 SCOTUS ruling), the public’s ethical objections to such a product would likely prevent it from becoming a reality.

But in reading my former friend’s story, and in reading the stories of other pedophiles as well (this This American Life segment is a good starting point to considering the issue), I’ve become convinced that we need to stop getting caught up in our knee-jerk reactions to adults having sex with children—however despicable we might find it, however legitimate our horror at the idea may be—and start focusing on rational solutions. And what the current research on pedophilia indicates is that short of forced sterilization (which we all know has worked out so well in this country in the past), something like child sex robots might be a functional way to keep pedophiles from acting on their impulses, thus keeping an untold number of children safe.

When we talk about pedophilia, which is defined as a predominant attraction to prepubescent children, we need to get two things straight: 1) Not all pedophiles are child molesters, and some successfully control their impulses over the course of their lifetimes; 2) pedophilia is not a psychological aberration that can easily be tweaked with a little medication and cognitive therapy. Many researchers have argued it’s actually a fixed sexual orientation.

This is an uncomfortable possibility for many to acknowledge, for obvious reasons. But the fact is that just as you hit a certain age and knew you were attracted to girls or boys or neither or both, pedophiles (for the most part) hit a certain age and knew they were attracted to children. And even though there’s some fluidity to this attraction—it’s not uncommon for pedophiles to form attractions to adult partners, and court records show that my friend Sam was involved with a woman his age before his arrest—like all sexual orientations, pedophilia is immutable and unlikely to change with medicine or therapy.

Pedophilia as a sexual orientation is also potentially far more common than most of us would like to accept. According to current estimates, between 1 and 5 percent of men have some semblance of sexual attraction to children. (There’s not nearly as much research on women and pedophilia, but the general consensus seems to be that the percentage of female pedophiles is much lower.)

On face value, 1 to 5 percent seems like a fairly low number. But when you think about the hundreds and hundreds of people you’ve encountered in your own life, the percentage takes on new weight. For instance, I have 1,145 Facebook friends; I’ve probably met 95 percent of them in person at some point in my life, so we’ll whittle that number down to 1,087 people. You don’t have to be Nate Silver to deduce that that means somewhere between 10 to 54 of my Facebook friends might be attracted to children. And if you include all the people I’m not Facebook friends—including Sam, who dropped off my social media radar sometime around the Myspace era—that number likely gets even higher.

These figures are scary, but they get even scarier when you consider the incredible paucity of medical and mental health resources available to pedophiles. While most pedophiles don’t tell their doctors or psychologists about their urges, for fear of being met at their doorsteps by an angry, pitchfork-holding mob, those who do don’t really have another mode of recourse for treatment, short of sterilization.

“The best treatments we have available for pedophiles help them develop the skills they need to live a healthy, offense-free life and, in some cases, to block their sex drives (if they feel it would help them),” Dr. James Cantor, an associate professor of psychology at the University of Toronto, told the Atlantic last year. “We have not yet found a way to convert pedophiles into non-pedophiles that are any more effective than the many failed attempts to convert gay men and lesbians into heterosexuals.” Some therapists use an addiction-based model to treat pedophile patients, but Cantor says it’s been “very difficult” to gauge its effectiveness.

There is no evidence that child-sized sex bots, or “virtual” child porn, is any more effective as a means of curbing sexual desires toward children than any of the other treatments previously mentioned. (Although, given the demonstrated correlation between Internet pornography and reduced sex crimes, I wouldn’t be surprised if it was.) But there is also no evidence that it isn’t, either. We need to start thinking about pedophilia in a rational, rather than emotional, light; we need to start taking these proposed treatments, no matter how wacky or disgusting or ethically dubious we might find them to be. Doing so won’t lead to any easy answers about pedophiles or how we, as a society, should treat them. But it’ll certainly bring us a few steps closer.

When I first heard about Sam and the horrific things he did, I found it impossible to reconcile the shy, floppy-haired, Razr-scooting 10-year-old I knew with the 20-something bastion of evil he’d become. I thought of them as two separate people, and I wondered what kind of trauma he must have experienced in his youth for him to have become such a monster.

But from reading the court documents, what I came to understand is that there was a third person who was something of an amalgam of the two. This person was shy and underdeveloped for his age; this person wanted desperately to forge connections with anyone his own age, male or female, and was intimate with both. (A therapist testifying on his behalf said it’s fairly common among pedophiles to not discriminate between genders, both in adult sex partners and child victims.)

This person was lonely, and deeply repentant of his behavior, and deeply, deeply despairing of why he was the way he was, to the point where he attempted suicide. This person, at one point, realized he had this feeling inside him, and this person, at another point, made a terrible decision to act on it. And as horrible as this might sound, I don’t feel anger toward him, or even disgust. I just feel so incredibly sad, for him, and for all the little shy floppy-haired boys like him who recognized this darkness inside of them and, knowing the futility of trying to make it go away, threw their hands up and let it burn and twist and gain strength inside them.

As a sex writer, I think a lot about sexual desire, and what makes us want the things we want.  I don’t know if something as outlandish as a child sex robot will help boys like Sam and make them want something different, or make them want the same thing, just a little less. But I think these are questions we need to keep asking ourselves, no matter how uncomfortable they might make us, no matter how ethically dubious we might find some of the answers. We owe it to ourselves. We owe it to the Sams. And we owe it to their victims.