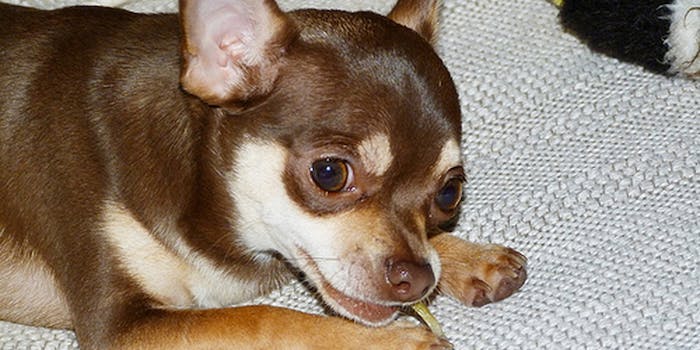 Chihuahuas battling Great Danes is the cutest mismatch in history

Pick on someone your own size—or not.

Dogs, it must be admitted, have more important things to worry about than their relative size: chewables, hole-digging, and unusually pungent scents, to name but a few. So is it any wonder that we sometimes see squabbles between the very smallest and toweringly giant breeds?

What’s more surprising is how often the Great Danes let the Chihuahuas gain the upper paw:

They’re a bit more resistant when it comes to chew toy possession:

And sometimes they’ll call for backup:

But at the end of the day, they really just want to play:

I suppose that at least in the canine world, opposites do attract.