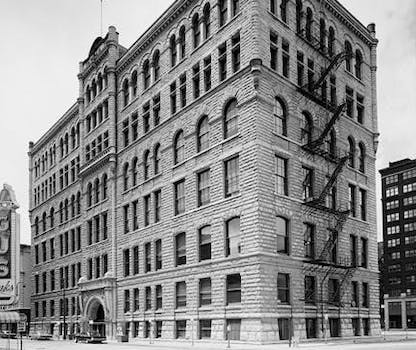 Justice is (or at least is supposed to be) blind. In Chicago, that means it's not allowed to use the Internet anymore.

Justice is (or, at least, is supposed to be) blind.

In Chicago, that means it’s not allowed to use the Internet anymore.

Cook County, which comprises the majority of Chicago, has announced all devices “capable of connecting to the Internet” will be banned from courtrooms. On Monday, the county delayed the ban until April 23, at which point violators can be charged with contempt of court.

The reason, announced Cook County Chief Judge Timothy Evans, was that even though it’s already illegal to use cellphones in court, gang members attend trials and snap photos of witnesses with their smartphones, or livestream court proceedings. It creates “a chilling effect” on justice, Evans said.

A select group, including lawyers, judges, and journalists, will be exempt from the ban.

Setting aside the logistical problems of how everyone would store their devices before entering a courtroom, banning Internet access can come with unintended consequences. As one woman told the Chicago Tribune, people use the Internet to check their bank balances to see if they can afford bail.

The Citizen Media Law Project, run by Harvard’s Berkman Center For Internet & Society, said the ban was unfair, giving Internet access to some professions while excluding the public.

“The overall effect of Cook County’s new rules on electronic devices,” the Project said in a blog post, “is to create a class system of  ‘haves’ (members of the media, lawyers, judges, etc.) and ‘have nots’ (everybody else).”