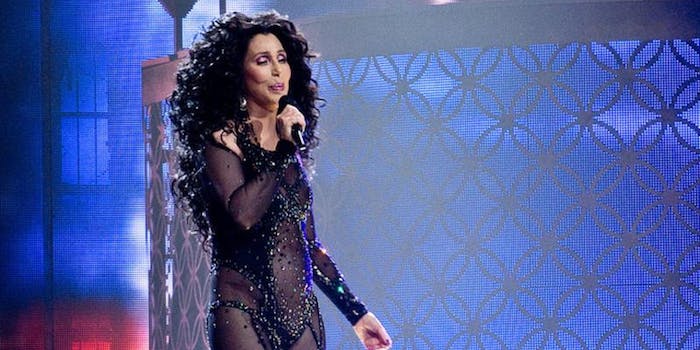 Not far away enough.

For decades, we’ve been hearing about where Americans will emigrate if this or that presidential candidate is elected. Time and again, whether it’s a Bush or Obama who takes the Oval Office, we fail to see the promised exodus to Canada, Europe, or… I don’t know, Argentina?

But somehow I believe Cher, aka the Greatest Tweeter in the Universe, when she says she will move to Jupiter if Donald Trump emerges victorious in the 2016 presidential election. If anyone could pull it off, it’s her.

Why do Republicans
Let Donald Trump
Run for President ⁉️
What are his Credentials ⁉️
He's Loudmouth Asshole,Who's terrified of Windy Days ‼️

@cher Hes a pretty successful business man & if he runs America as smart maybe we would be better off with his tactics?Not 4 him just sayin

Trump as president would be bad enough—but Cher self-exiled to beyond the asteroid belt? I really don’t think I’m strong enough.