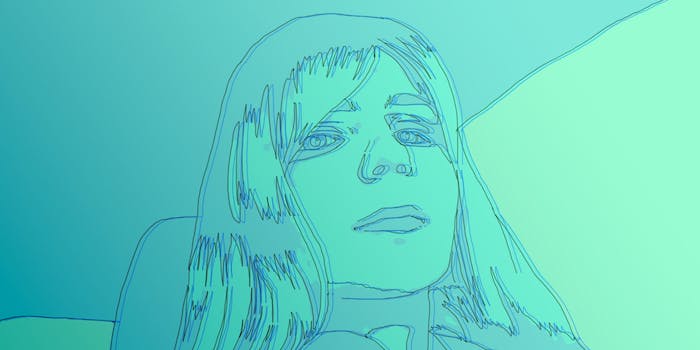 It's not just about a magazine and some expired soap.

Is it possible for a trans woman to get justice in prison in America—in a military prison, no less?

Chelsea Manning may be placed in indefinite solitary confinement for “sweeping food on the floor,” keeping “expired toothpaste,” and keeping Caitlyn Jenner’s big issue of Vanity Fair magazine in her cell, among other minor allegations. Already having been put through extreme prison conditions before trial, Manning and her lawyers rely on public outrage for her protection. Allegations of extreme treatment come not only from her lawyers, but also elected officials, a State Department spokesman who resigned as a result, and various advocacy groups.

Top officials, including President Obama, have long argued that Manning is not being treated worse than any other prisoner, and that her condition is the result of decisions she made. U.S. Army spokesperson Cynthia Smith said in a statement that the discipline board Manning faces is a “common practice” in correctional systems. In other words, Manning is getting exactly what she deserves. But is it really common to potentially place someone in solitary confinement, for storing books and magazines supposedly received through the prison mail system?

As Al-Jazeera reports, Manning’s lawyers are arguing that her public persona and criticism of the military subjects her to being unfairly targeted in prison. Against the backdrop of her imprisonment thus far, the prospect of indefinite solitary confinement for Manning is cruel and unusual punishment. But it’s tempting to dismiss Manning’s suffering, in part, because she’s also transgender. In America, hatred is often understood as something that’s innately earned—a hatred based on “merit.”

This is the official inventory of confiscated books and magazines. pic.twitter.com/MvlaU2UmbL

Sixty years after the passage of the Civil Rights Act, 40 years after Roe v. Wade, and 55 years after the Stonewall Riots, America thinks that it is “post hate.” Despite the murders of more than 13 transgender people, police abuses against unarmed black and brown people, and attacks on reproductive health services, conversations about our justice system demonstrate that people believe fairness, not hate, is the prevailing law of the land. However, hate is much more common than one might assume.

Most have been exposed exclusively to images of overt bigotry—in schoolbook images of the Ku Klux Klan or those angry white faces who lined walkways in the Deep South to hurl insults at black children just trying to go to school. Indeed, hate lynches and shoots people. Hate screams slurs at people. Hate also stands idly by, acknowledging that “hate is wrong”—but then excuses it away. Hate has been misunderstood as explicit and visceral, when it’s also felt in insidious and implicit ways.

Meritocracy does not contradict hate, but complements hate—providing accusatory and prejudiced ideas of natural, political, or moral “merit” that justifies marginalizing people.

The belief that hate is uncommon is indeed a lie, one that’s removed from any compassion and empathy. By making hate the violent or outspoken exception to the political rule, we harbor the kind of hate that lives quietly at the foundation of political etiquette and ethics. Hate operates in both simple and complex ways, including the notion of meritocratic hate.

Based on an idea of fairness, a meritocracy strives to give to each person what they deserve, dealing with people on their merits. When Dr. Martin Luther King, Jr. famously remarked that he dreamed of a country wherein people were “not be judged by the color of their skin, but by the content of their character,” he was appealing to the meritocratic ideas at the heart of the American Dream. Intentionally, by appealing to a basic notion of fairness, Dr. King courted an America that thinks of itself as fair, highlighting its moral inconsistencies.

An appeal to merit-based fairness, however, does not transform the heart of hate in America, because the concept of “good character” is as important to oppressive thinking as the color of someone’s skin, or one’s gender. Oppressive regimes make claims about the inferiority of a group’s moral character, while also believing that said inferiority is merely observable through some physical trait or marker of status. Meritocracy does not contradict hate, but complements hate—providing accusatory and prejudiced ideas of natural, political, or moral “merit” that justifies marginalizing people.

CeCe McDonald’s 2012 conviction on charges of manslaughter—for defending herself against a transphobic attacker—exemplifies how trans people are often criminalized rather than understood. Adding insult to injury, McDonald, a trans woman, was legally made to serve her 41-month sentence in a male corrections facility. Officials told the Star Tribune that they would “assess him as any other offender would be assessed,” blatantly misgendering McDonald under the guise of fairness.

Even as trans people experience disproportionately high rates of harassment, assault and murder deaths, they’re expected to tolerate abuse because of the ignorance of others. Meritocratic hate is the kind of fairness that pays no regard to difference and does not care about psychological cruelty toward marginalized people.

Consistent with subordination tactics that date back to slavery, military prosecutors view Manning in a way that means she must be “broken” or forcefully assimilated because she’s trans. Many survivors of solitary confinement who recount their experiences of solitary confinement remark that it is torturous and stimulates extreme psychological distress.

The thought of placing a “rational individual” who we can assume is “well-meaning” in solitary confinement indefinitely—for sweeping food on the floor and keeping magazines in her cell—violates a basic concept of fairness. But transphobia prevents many Americans in everyday life and positions of authority from seeing people as rational and well-meaning, simply because they are trans.

The law is indeed a text, but there’s no textbook in how it’s practiced by people in the real world. We have to concede, even when we are holding out for rational thinking in “meritocratic” realities, that the law—formed in conditions of inequality—can also be practiced and enforced in hateful, intimidating, and inhumane ways, and still be perfectly “legal.”

That is about as perfect as American meritocracy can get—where fairness and hate converge.

Editor’s Note: The lowercase treatment of “Black,” a reference to Black Americans in this written work, is only in accordance with Associated Press style guidelines, and not with the cultural beliefs or academic stances of the author.

W.S. Paul Jackson is a writer, political theorist, and organizational community development specialist from Detroit who currently lives in Chicago, working in non-profit management to improve life in Black communities and neighborhoods and to raise consciousness about the systemic reality of oppression.