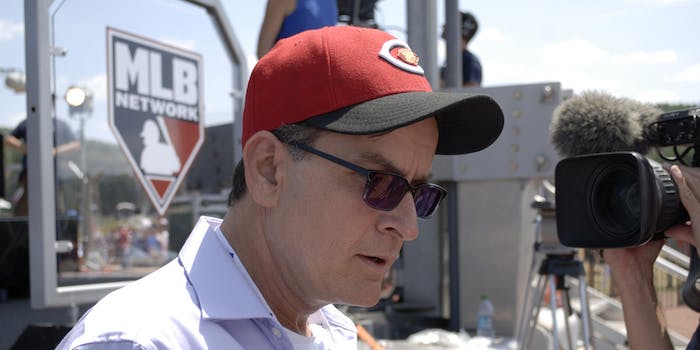 Even celebrities get Taco Bell cravings.

After a night of drinking, even the best of us get those late-night cravings.

When Jayden Blair went to Taco Bell late one night, he ran into none other than Charlie Sheen at the drive-thru. We have no idea how he got there, or why he got out of the car he was in, but once he’s out, he heads over to talk with Blair and his girlfriend Tamara. And it’s easy to see that he’s decently drunk.

A drunk Sheen might bring flashbacks to the “Tiger Blood” days, and while he’s “so fucking hammered,” he seems to be in a good mood before he’s called back to his car—presumably because his order was ready.

And it’s not a bad way to kill some time during a Taco Bell jam.