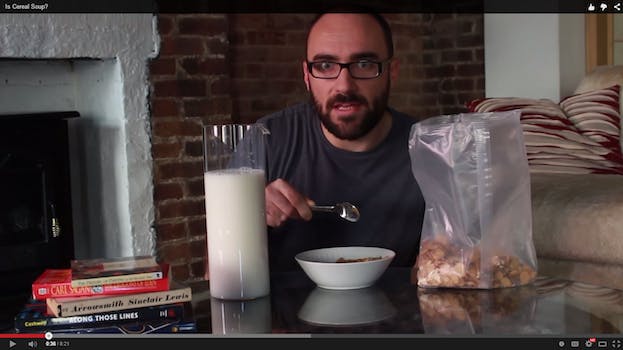 This video might change the entire way you eat breakfast. But probably not.

YouTube user Michael has an incredibly pressing question concerning a longtime staple of the breakfast table: Is cereal soup?

While adding milk to his cereal with more excitement than is necessary, Michael entertains the possibility that soup may be anything from a salad (with milk as the dressing) to an actual meal (with milk as a mere condiment).

From there, he delves into a full-blown linguistics lesson, discussing at length everything from our reliance on media to the “reduplication” of words.

You would never predict that cereal could launch a man on such a philosophical odyssey.