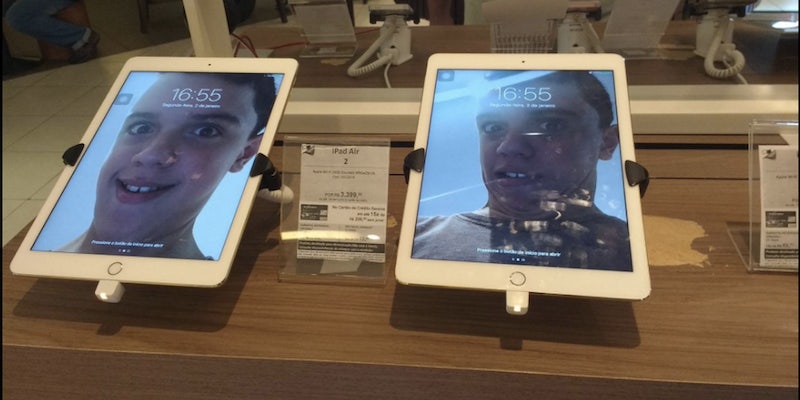 Every phone you look at in the store, he's there looking right back at you.

A teen in Brazil probably dissuaded a few paying customers when he made his mug the background on every single device in a cell phone store.

Every iPhone, every iPad Air, and every iPad mini at the Shopping Center Norte in São Paulo were plastered with his grin.

Wouldn’t you sooner leave the store than buy one of those? It’s haunting. They’re not contaminated, but we’re not saying they aren’t either.

The woman who spotted the mischevious kid fiddling with the phones walked up to check them after he was finished, only to find him looking back at her on every single one.

She told BuzzFeed that she congratulated him on his efforts, then shared his work to the web.

“I don’t know about you guys, but I already found my new role model for 2017,” she tweeted.