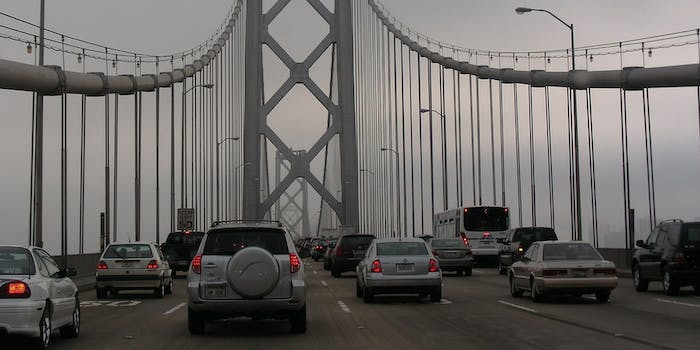 Lauren O’Brien nails these impressions of celebrities stuck in traffic

Lauren O'Brien is a manic mimic.

Traffic is the great equalizer: unless you’re rich enough to tool around in a helicopter, you’re going to get stuck in it. We know how we react in those moments, but how do A-list celebrities manage? No clue. But comedian Lauren O’Brien has a pretty good idea.

Join her as a passenger, won’t you, as she cycles through Taylor Swift’s surprised face, Anne Hathaway’s vibrato, Drew Barrymore’s weeping, the Olsen twins’ vacuous patter, and more. If any of them need an understudy to attend a dull award ceremony, they’ll know who to call.

Actually, can we replace the real Kim Kardashian with this imitation? It’s much more lifelike.