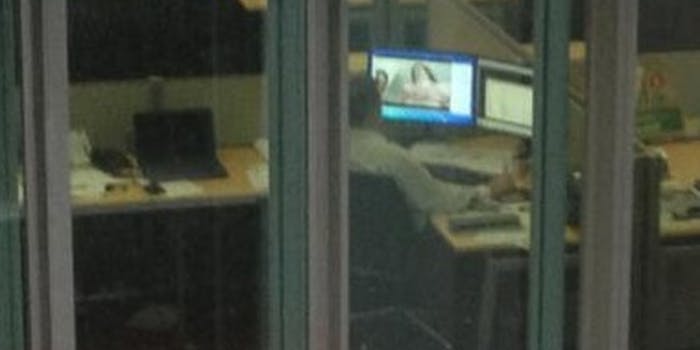 This guy didn't bank on an entire office full of people watching him through the window—and tweeting pictures.

One man thought he could take a look at a random tube site from the solitary comfort of his cubicle. However, he didn’t bank on an entire office full of people watching him through the window—and tweeting pictures.

James P, a.k.a. @PenguinShepherd, tweeted a photo of the not-so-secret porn-lover, noting that the mystery man has being “doing it for ages.”

His efforts clearly didn’t go unnoticed, and as the day wound down, he eventually realized that the office across the street had been peeking in on this Peeping Tom.