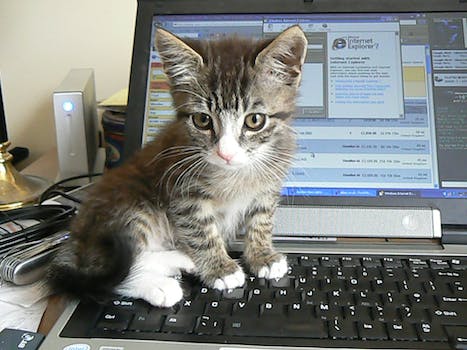 Catmoji: Cats can haz their own social network?

Facebook doesn't cater to cats' every whim, so here's a social network that does.

The Internet has always been a haven for cats and the people who love them. Now, they finally have their own social network.

Catmoji, which is still in the invite-only phase, launched on Dec. 24 as a social networking site for cats. Members of the “Catmunity” are comprised of cat lovers who enjoy posting feline-related videos and photos for fellow cat lovers. “Catvatars” stand in place of traditional avatars; users are encouraged to represent themselves with an illustrated likeness of their own cat—or the cat they most resemble.

“We want to be the online identity for cats, i.e. Facebook for cats,” founders Matthew Phiong and Koekoe Loo told Betabeat. “Our mission is to make the Internet a better and happier place with cats.”

Features of Catmoji include an assortment of Foursquare-like badges that can be unlocked and the ability to cross-post to Twitter and Facebook. Additionally, Catmunity members have the ability to collect their favorite photos and videos into various categories, including the expected “Lolcats” and the rather specific “Cats and boxes.”

The site’s main layout is noticeably identical to that of Pinterest. Catmoji member profiles, on the other hand, bear more of a resemblance to Facebook, complete with timeline.

While the design choices are not groundbreaking, the familiarity of the human-centric social networking sites may increase users’ experiences.