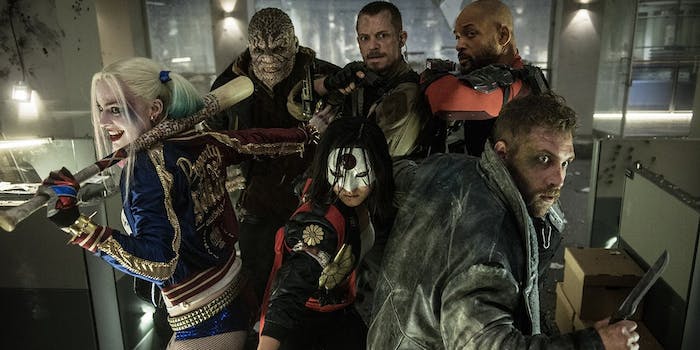 I'm not the only one she fooled.

Online dating seems to be a legitimate sign of the times. After all, we’re a technological world now; the pick-up joints of yesteryear don’t have the same appeal they once did. In our individual pursuits for a partner— whoever our ideal partners happen to be—we’re all virtually linked by one common ground: the Internet.

As long as you have a computer and a connection to the web, you’re in the game, no matter where you live. There’s nothing to stop a person in a miniscule town from pursuing a relationship with another person in the heart of New York City—or anywhere for that matter. Thanks to the Internet, love is a whole lot easier to locate.

You might encounter something you hadn’t really bargained for. I learned that the hard way.

While online dating is no longer taboo, the concept does still prompt feelings of distrust or wariness. As more of our friends meet the loves of their lives on sites on OkCupid and Match.com, our virtual guards remain up like invisible force fields. “Will I really find love on my MacBook Pro?” The answer is, sometimes. Other times you might encounter something you hadn’t really bargained for. I learned that the hard way when I met “Alex Lee.”

This is the true story of an Internet con artist—and I’m not the only one she fooled.

We met one year out of my hellacious breast cancer experience; I was a new survivor fresh off of chemotherapy. I felt raw, lonely, depressed; ugly and unwanted. Alex Lee found me in an online art gallery, saw my gothic artwork, and pinned me immediately for the sucker I would end up being. I would come to find later that the Alex persona had been tweaked to suit my fantasy. The plan: to use cancer as our common thread. Alex happened to be a man who suffered terribly from a fatal disease, and after a brief online courtship, he lulled me into believing I was one of the only things that mattered in his life. In fact, he came at me like gangbusters.

Alex Lee described himself as a slim, handsome, young, autistic man who was not only a victim of abject poverty, but was dying of terminal leukemia as well. We talked on the phone. His voice, with its sultry Southern drawl, was naturally low and distinctly masculine.

I fell in love with Alex and spent years in an online relationship with him. It was an ideal scenario for me. I wasn’t looking for a real-life affair; I was looking for exactly what I got: an online romance with a person I believed to be as vulnerable as I was. I thought I’d found a friend, someone who had suffered as I did—someone who, in his way, could love me. And because I believed Alex was not long for this world, I wanted to help. After a while, so did all of my friends.

I begged him to please show me his face, promising that I would love him no matter what he looked like.

But Alex would never show his photo to his new friends. That should have been a glaring red flag, of course, but Alex was autistic and way too shy to share something so intimate. Instead, he would send images of vampires and dark, gothic angels. A dark, brooding creature of the night happened to be an irresistible image to certain women who should have known better, myself included.

I was content to respect Alex’s wishes to not be seen, but for just so long. My curiosity to see the face of the man I’d been so desperately in love with finally overwhelmed me. I begged him to please show me his face, promising that I would love him no matter what he looked like. Uncharacteristically, he coldly declined and shut me out of his life.

Two weeks later, I called him. I was furious. I demanded he get on the webcam and talk to me. Enough was enough. Alex consented and got on camera, and (of course) it was not a shy, brooding young man who appeared on my screen. Alex, it turned out, was Teresa, who was an older woman and a grandmother. She sat in front of her computer day after day with one purpose alone: to find as many people as possible “out there” who might send her money, and she knew the only way to get this money was by pretending to be someone else. “Who in their right mind would send money to a complete stranger?” you’re asking yourself. Bear in my mind, I was vulnerable. I was the perfect prey.

With so many of us in hot pursuit of love relationships, the criteria for Teresa’s search became quite obvious. She sought victims who were vulnerable and willing to believe in love—so much so, that they would fall for anything. She created the biggest sob story ever told in the history of lies and sat back as the big bucks came rolling in. Conning people was her job, a profession she turned to when two of her three grown daughters—both convicted felons—failed to turn enough tricks or sell enough pills to the drug addicts in the area, I learned.

She created the biggest sob story ever told in the history of lies and sat back as the big bucks came rolling in.

Covered in scabs due to a previous meth addiction, and massively obese due to an inability to stop eating junk food, she knew that she herself was not alluring enough to get the job done. But thanks to the Internet, she could hide behind a computer screen and pretend to be anyone she said she was. And this, I came to find out, was how she secured her income for over ten years: by pretending to be a guy named Alex Lee. It was brilliant. She had crafted the perfect character.

Teresa became a seducer of women. No one could resist the charms of the vulnerable, mysterious young man with the Southern accent. She was a regular on game sites, dating sites, chat rooms, Facebook, paperback swaps, radio blogs, online art galleries—anywhere people would go to make friends online. She infiltrated private groups, consistently regaling people with the terrible woes of what it was like to be the poor, long-suffering Alex Lee. And her newly acquired friends—every single one of them—believed her stories. She was Alex Lee, the beautiful male angel of darkness, the dying man who existed only to love you, and “his” love for you is what kept “him” alive. I’d met plenty of women in the aftermath of the Alex Lee fallout who had fallen for it, too. Even my friends had.

Why Teresa decided to finally confess after all those years, I’ll never know. All I know is that when I found out that this man whom I’d spent so much time loving, adoring and caring for was not only not a man, but a really strange hillbilly of a woman—let’s just say, my trust issues soared to new levels. The Internet, to me, will never be the same.

Thanks to sensational programs like MTV‘s Catfish, we can now—as a society—sit back on our comfy couches and make fun of people who fall prey to online romance schemes. Oh, what amazing belly laughs we can have! Oh, how smart and above it all we can believe ourselves to be, knowing that while there’s a sucker born every minute! We sure can have ourselves some good entertainment.

When you are lied to, stolen from and emotionally ripped off by a stranger you found online and developed real feelings for, it’s far from entertainment.

After all, nobody with a brain could fall in love with a total stranger on the internet and be taken seriously, right? My goodness, it’s just such an irresistible laugh riot to think these people, these fools, these human beings who were supposed to be smarter than that could actually be tricked into thinking they were dealing with a person who was lying about their identity, and for such an extended period of time. Because nobody in the history of the world has ever made a mistake—especially in matters of love and the heart. And especially when their judgement was compromised.

The show Catfish does us all a disservice by diluting the dangers of online romance scams. While I understand the creators’ desire to assuage his own personal humiliation at the hands of an online prankster by making these liars and con artists appear as fellow humans who simply did the wrong thing one day, the truth is far from kind. When you are lied to, stolen from and emotionally ripped off by a stranger you found online and developed real feelings for, it’s far from entertainment.

To add insult to injury, Teresa’s still out there. One day after I outed her, I found her on a SSBBW (super sized big beautiful woman) dating site. Yes, she’s been reported to the FBI, and no, she feels no regret and, I would imagine, no hesitancy about doing it all again. Who knows? Perhaps you’ve already run into her.

The moral of the story? If you find yourself online and vulnerable, talking with someone who claims to have any illness whatsoever (chronic pain, cancer, autism, diabetes, or kidney disease), won’t show you their photo, and asks for money, run like hell. The Teresas of the world are legion.

Reprinted with permission from YourTango. Want more? Check out these related stories:

If Your Guy Does These 5 Things, He’s An Emotional PSYCHOPATH