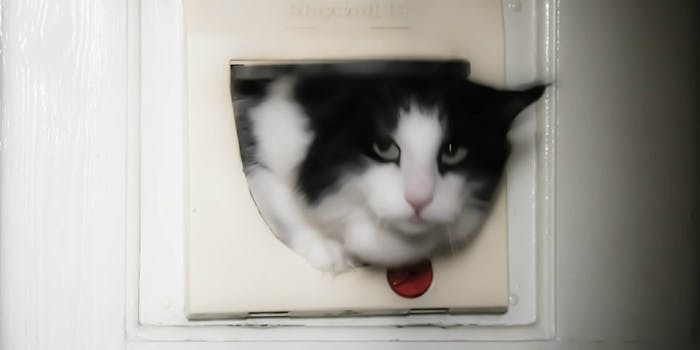 Cat is too good for his new cat door

He won't let himself in.

Most cats are lazy jerks, but given the choice between the lazy route and the jerk route, they’ll probably stick with the latter.

One man tried to make things easier for his cat Philo by installing a cat door leading to the backyard. Philo probably repeatedly pestered his owners to take him outside and then immediately changed his mind; we can see how that would get annoying. But when the cat’s owner introduced him to the new, lazier route, things didn’t exactly go as planned.

You might not be able to teach an old dog new tricks, but it’s even more futile to try to teach a cat something new.