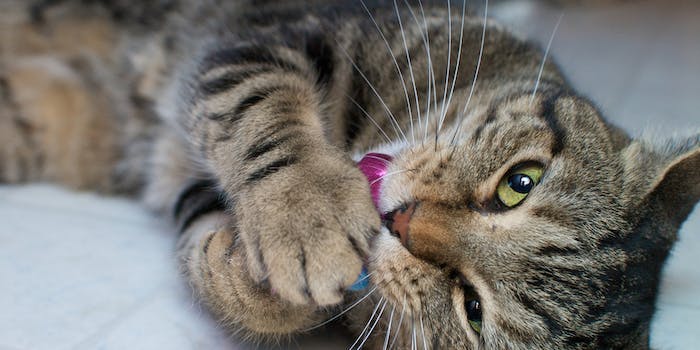 Don't worry, this story has a happy ending.

It’s one of the oldest tricks in the book: Entertain a cat with simple toy, and you’ll probably end up having more fun than the cat. But this form of entertainment reaches the next level when the toy is moving faster than one little cat can handle.

He certainly gives it his best shot, but viewers are quick to make jokes about the cat having an internal error as it tries to follow it and ultimately fails—to the amusement of his owners.

Despite the amusement at this cat’s expense, this story does have a happy ending:  “Of course!” dollyllama1 said when someone asked if the cat ended up with the toy. “He nearly had a seizure he was so excited.”

So everyone gets what they want. Until the cat gets bored and sets his sights on a new toy, that is. Such is cat life.