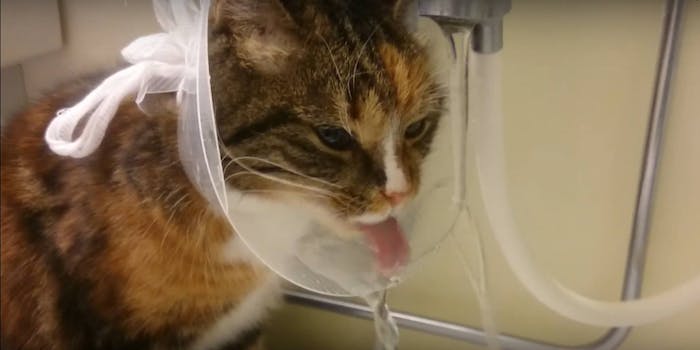 Enterprising cat puts its surgery cone to clever use

This is one smart kitty

This cat is a real problem-solver.

Most of the time when pets get fitted with a cone collar after surgery, they hate it. But this cat figured out a way to make that cone useful. It turned the thing into a handy water fountain, catching water from a faucet and lapping it up.

Have we just found the first ever feline lifehack?