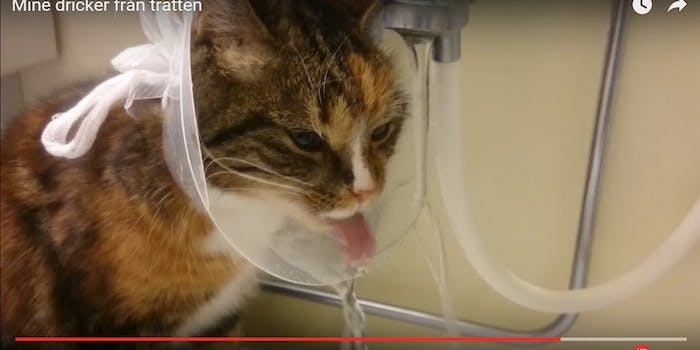 Cat runs into trouble trying to intimidate this stoic bird

Watch this cat get publicly shamed for failing to scare off a harmless bird.

There’s something vaguely heroic about this David-and-Goliath standoff between a cat and a bird.

Usually when a cat approaches a bird, the bird flies off—even if there’s a pane of glass between them. But this little bird was smart enough to realize it was protected by a window, leaving its natural enemy confused and ashamed.

The only way for this cat to leave with its pride intact was to get up close and frighten the bird away, but as you can see in the video, the bird stayed strong. Truly, this tiny little bird is an inspiration to us all.

Also, you’ve got to love the cat being publicly shamed in front of its owners. We’re not remotely surprised it tried to slink away afterwards.