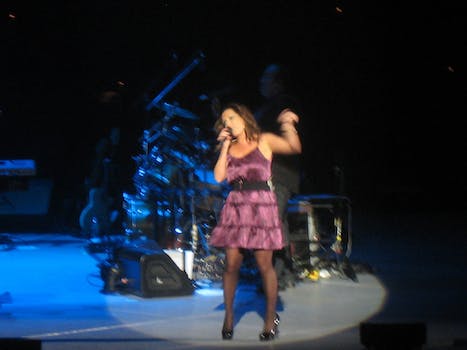 Befitting any situation where a white person makes something all about themselves, a remarkable display of casual racism was captured on tape at a Lee Ann Womack concert last Thursday.

Two women were removed from the show, held at the Kessler Theater in Dallas, Texas, after other attendees complained about their noise and behavior. They went the indignant route first, claiming to be friends of Ms. Womack and that they couldn’t believe their treatment, but it quickly comes together that they had simply had too much to drink and couldn’t handle it.

The theater’s artistic director, Jeff Liles, filmed the aggressive-yet-civilized aftermath once the women reached the outdoors. Though one of the two left, the one who stayed, Kayla Watts, sounded off in a self-righteous display of casual racism aimed at Liles, who is white.

Liles wisely caught the whole thing on video and put it on Facebook under the title of “Crazy person at The Kessler.” Watch Watts repeatedly insist that she’s attending a concert “in the hood,” mock Liles for having dreadlocks, and refer to herself as “white” and “normal.”

Photo via Stacey Huggins/Flickr (CC BY 2.0)