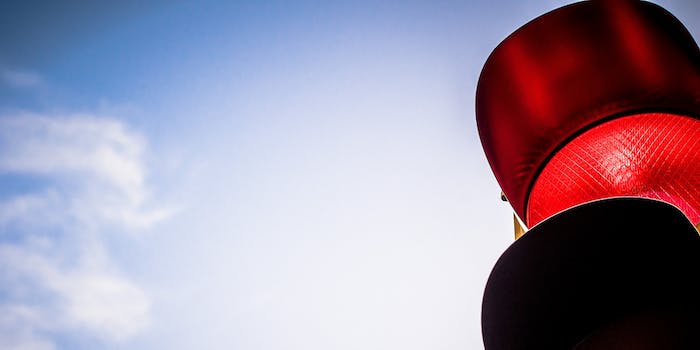 The case for (and against) a rewind button on social media

Where’s life’s rewind button when you need it?

Take the case of the grandmother in Ohio who duct-taped her granddaughter’s mouth so she could take a clever snap of the kid in a roasting pan like a human turkey ready for Thanksgiving. At some point in this exercise, which resulted in social media outrage as well as a friendly visit from the local police, Jackie Sheaks must have heard that little voice in her head saying, “Hey lady, you’re nuts.”

For Sheaks and everyone who has ever sent an email to the wrong person, tweeted from the toilet, accidentally posted a selfie of themselves in a highly intoxicated state (or worse) to (insert social media site here), I present to the Social Shark Tank my idea for a seven-second social media delay.

It works like this: if the genius algorithm in your personal seven-second-delay app detects you may be going outbound with something incredibly stupid, incriminating or borderline criminal, the app grabs your content and a siren goes off. A siren akin to those that erupt at the end of a period in a typical NHL game. I would also consider sending out a low-powered Taser-like jolt to the fleshy part of the thigh, but that may a bit of overkill.

Let’s change the lens of this discussion and travel from the ridiculous to the contemplative: How long do we keep someone in the penalty box for committing a crime against the zillions who take social media as the gospel of all things relevant, important, and truthful. Yes, we all have the same answer: It depends.

In the case of the grandmother in Ohio who wins the yearly award for having a huge lapse in judgement, her punishment will be that, unless she moves out of state or undergoes radical plastic surgery, she will be met with stares and whispers-with-head shakes from her fellow shoppers at the neighborhood Piggly Wiggly for a few painful weeks. At some point, her infamy will susscumb to the next dummkopf who crosses the boundaries of “good taste” and spits out an ill-advised social media entry.

But what about those more up in the public eye. Do we apply a separate set of rules for their digital faux pas? And while we’re at it, what is the statute of limitations for a Twitter transgression? Is that punitive damage measured in days, years or in internet time? Let’s start with a quote from South African author Alison Croggon:

We are all mistaken sometimes; sometimes we do wrong things, things that have bad consequences. But it does not mean we are evil, or that we cannot be trusted ever afterward.

I present these sage words along with the quick-burn story about a frat guy gone haywire. To wit, the case of a series of horrific emails sent by Evan Spiegel, Snapchat founder, to his fraternity brothers when he was a freshman and sophomore at Stanford about five years ago. His message contained language and thoughts that were misogynistic in the worst definition of the word.

But in the general sense of fairness (and even law), he was expressing a personal point of view with a group of friends who took his comments for what they were worth and little more. Did Spiegel think he was on the record or that sometime in the next half-decade a reporter would go digging into old emails in search of a juicy tidbit that could light up an otherwise slow news day?

Again, in fairness, I can not overlook the possibility that this same reporter may have heard rumblings about gender equality in the workplace at Snapchat and was playing “Woodstein” in the hopes of either substantiating or negating that rumor. Even though I totally disagree, there are some, such as a former colleague, who believe that the digital treacle one leaves in his or her wake should have timeless repercussions.

In a blog post about the Spiegel kerfluffle, Gartner’s Julie Hopkins wrote:

But sometimes, when our tweets trail off the news feed, or our Facebook posts stop generating attention, we forget how that which we have created and invited others to directly (or indirectly) experience lives on, not only digitally, but in the hearts, minds and consciousness of the recipient.

Timeless repercussions suggest a seven-second delay is not nearly the right tool for this job. What about a seven-year delay? What about having to submit every email, Facebook post or Twitter comment to a governing authority who must approve every word and every image before they see the digital light of day. Wait, isn’t that called censorship? We all need to be held accountable for the things we do or say—but the harmful, chilling impact of censorship has repercussions that go against the grain of a free society.

As always, we turn to that great philosopher Aaron Sorkin for some wisdom in the guise of a memorable cinematic quote. At the end of The American President, President Andrew Shepherd faces the press and defends freedom of speech:

Let’s see you acknowledge a man whose words make your blood boil, who’s standing center stage and advocating at the top of his lungs that which you would spend a lifetime opposing at the top of yours. You want to claim this land as the land of the free? Then the symbol of your country can’t just be a flag; the symbol also has to be one of its citizens exercising his right to burn that flag in protest. Show me that, defend that, celebrate that in your classrooms. Then, you can stand up and sing about the ‘land of the free.’

The seven-second delay? Seemed like a good idea when I started writing. Now, maybe not so much.