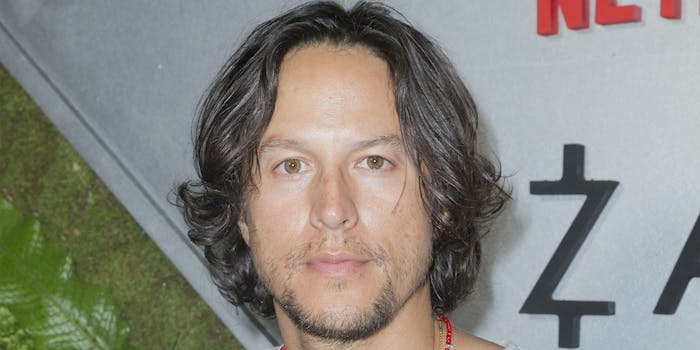 'We’re sharing it because we know we aren't alone in our experience.'

Three women have accused director Cary Fukunaga of a pattern of manipulation and predation.

On Wednesday, 23-year-old actress and skater Rachelle Vinberg accused 44-year-old Fukunaga of grooming and “traumatizing” her, saying she has PTSD from their relationship.

In her Instagram stories, Vinberg first concealed his identity, before reposting one of Fukunaga’s recent posts about the impending overturn of Roe v. Wade. “He literally doesn’t care about women,” she wrote over the post. “He only traumatizes them.” She then posted multiple photos with Fukunaga.

The videos were more widely circulated after a viral tweet from @brokebackstan.

Vinberg, star of Crystal Moselle’s 2018 film Skate Kitchen, as well as HBO’s popular spinoff Betty, claimed Fukunaga is a “groomer” and that he’s “been doin’ this shit for years.” She says she met the No Time to Die director when a casting director approached her at a skate park, and Fukunaga offered to put her in a commercial: “So obviously I said yes.”

She claims she met Fukunaga “the day after” she turned 18, and that he would often refer to her as his cousin or niece when they were in public. Vinberg said she’s been in therapy for the past year, and was diagnosed with PTSD “from this guy.”

“Yeah, I was legal,” Vinberg said on Instagram, stating that the relationship lasted from ages 18 to 21. “But is it right? No.”

On Wednesday night, Hannah and Cailin Loesch, twin sisters who met Fukunaga on the set of the Netflix series Maniac, posted at length about their own experience with the director. Fukunaga befriended them when they were 20 and starring in the series, but the sisters say that morphed into something beyond friendship over “the next three years.”

When Cailin later attempted to end things, Fukunaga allegedly turned up the manipulation:

“He asked if she knew ‘how bad this would look’ if the story came out in the wake of the Me Too movement, saying he ‘did not like’ the person Cailin was describing. Cailin still remembers the wild look in his eyes when he spoke to her, like she was just out of her mind for caring at all, about any of it.”

In an Instagram story posted Thursday, Vinberg referenced the Loesch twins’ story and posted DMs between her and the twins in which she confirms that Fukunaga attempted to give them a tattoo, like the one he gave her at age 18.

“He likes to give girls tattoos,” Vinberg said, suggesting “it’s his way of marking women.”

We reached out to Vinberg and the Loesch twins for comment.

There have been other allegations around Fukunaga; in October, actress Raeden Greer claimed she was fired from season 1 of True Detective because she refused to do a nude scene that was sprung on her by Fukunaga. Greer said she came forward about it after reading an interview in which Fukunaga said he brought in Phoebe Waller-Bridge for the No Time to Die script in an attempt to update James Bond for a post-Me Too world.

It’s clear these women are still working through what happened. As the Loesch twins wrote: “We were not raped, fired from a job, or made to do anything physical against our will. So why does it sting so bad now to see this man, the one who we willingly walked away from, propped up as the honorable creator who brought a much-needed, ‘feminist twist’ to an iconic film franchise?”

Fukunaga is currently in Ukraine filming a documentary and has not addressed the allegations. We reached out to his representatives for comment.