If you’re going to get caught driving in the carpool lane illegally, it probably doesn’t hurt to have someone rich and powerful pleading your case. Unless that person is a Donald Trump. And he’s made of cardboard.

Still, kudos to the cheeky motorist in Auburn, Washington, for this excellent yet failed attempted at cheating the HOV rules.

WSP Motorcycle Trooper Greg Ulrich stopped a vehicle this morning NB 167 in Auburn for violating the HOV lane. Do you know why ? pic.twitter.com/N8IQ0jVre3

For the relatively low price of a $136 citation, the guy behind the wheel gave us some pretty great Facebook threads. Oh, and he got to keep his Trump cutout—that’ll come in handy when Halloween rolls around. 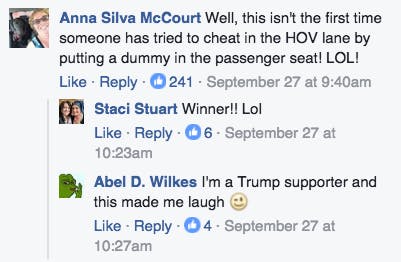 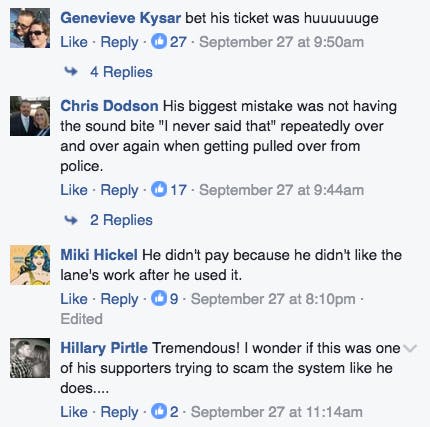 If you ask me, the carpool lane is pretty overrated anyway—and it’s definitely not Trump’s style. He’d just drive the whole way on the shoulder.