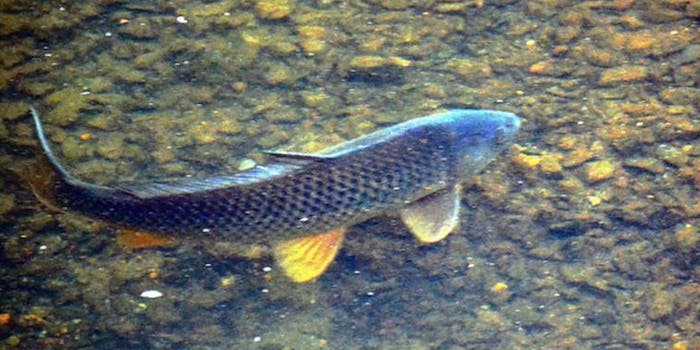 A dude in Romania had sex with a fish, and now it’s going viral

Seriously. We're not kidding. Don't go looking for it.

We’ve stuck our genitals in a lot of crazy things this year, haven’t we? (Cue pensive looks and harp music; cut to flashback sequence graphics.) From the viral video of a dude having sex with a snake to Twitter folk hero Thot Pocket fornicating with a microwaveable puff pastry, 2014 has certainly been the year of Putting Your Penis in Things You’re Not Supposed to Put Your Penis In.

The latest addition to the PYPITYNSTPYPI canon? A video of two men wading in a river, one of whom is shown receiving oral sex from a giant carp. And you thought the Serial Pool-Float Fucker was bad. 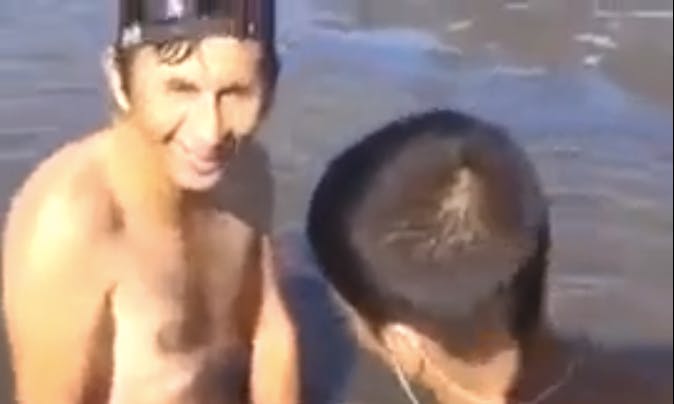 The fish-lover’s identity is still unknown. 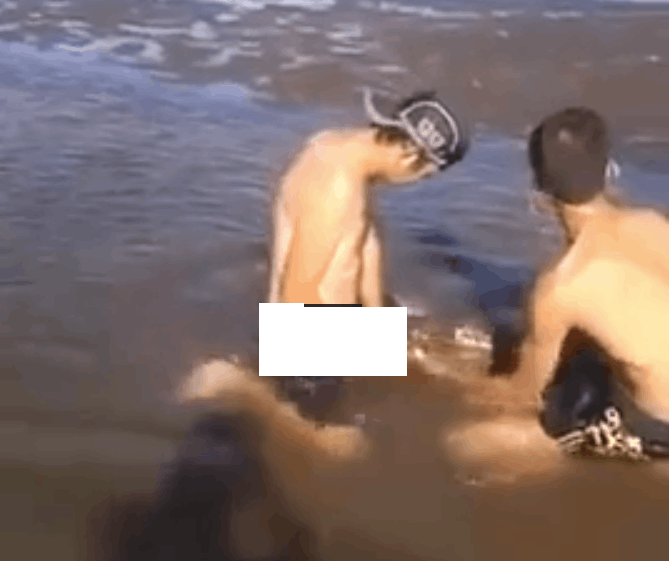 According to Metro, the video has been circulating on social media and has been shared thousands of times on Facebook. It’s actually been making the Internet rounds for a while, making multiple appearances on Reddit’s r/wtf [NSFW] at least seven months ago. It has since been removed from YouTube.

In the video, the men speak a foreign language, identified as Romanian by the news site Metro. Bizarrely, Metro also points out that “stuffed carp is a traditional feast during the Romanian Christmas holidays,” and that many Romanians catch their own carp and keep them in bathtubs for the holiday season. (Weirdly, some commenters on Metro’s Facebook page are outraged by the perceived unsanitariness of the tradition of keeping carp in your tub. They seem to be more outraged by the carp-bathtub thing than the carp-blowjob thing.)

What makes this story even crazier—crazier than a dude having sex with a carp in the first place—is that apparently there’s a rumor circulating that a 27-year-old gypsy singer named Florin Rada is the carp-blowjob recipient in the video. Of course, Rada denies this. He has threatened to sue Romanian TV broadcasters if they identify him on air as the man in the video.

It was only 12 months ago that a man in the U.K. awaited a jail sentence for possessing video of a woman in congress with a dead fish. Carp, it seems, are having a bit of a moment.