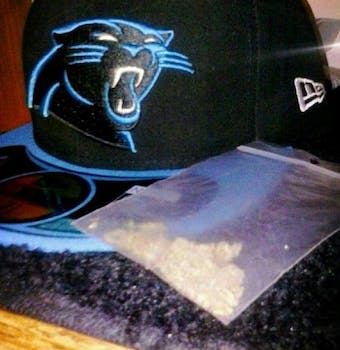 Why did the Carolina Panthers just retweet a bag of weed?

If you're a sports team's "social media expert" retweeting photos of merchandise that fans got for Christmas, you might want to make sure there aren't any drugs in the image.

Word to the wise: If you’re a sports team’s “social media expert” retweeting photos of merchandise that fans got for Christmas, you might want to make sure there aren’t any drugs in the image.

The Carolina Panthers put out a call to fans to tweet photos of gifts related to the NFL team. Several of the best were retweeted on the Panthers’ official Twitter—including this photo, sent in by @Steeele_, showing a bag of marijuana next to a Panthers cap.

The team has since deleted the retweet, but here’s a screenshot (via Deadspin): 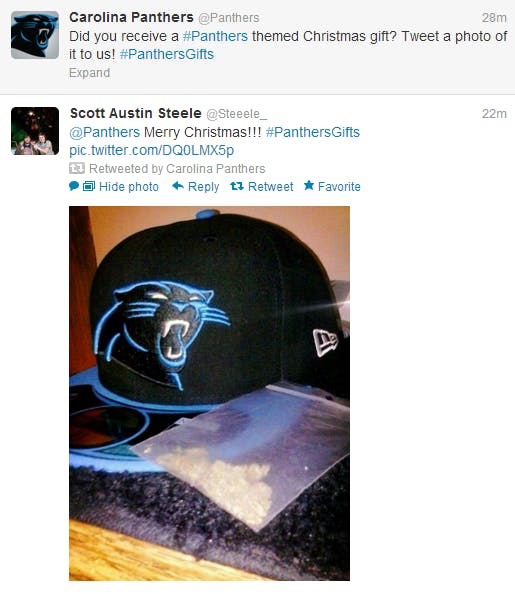