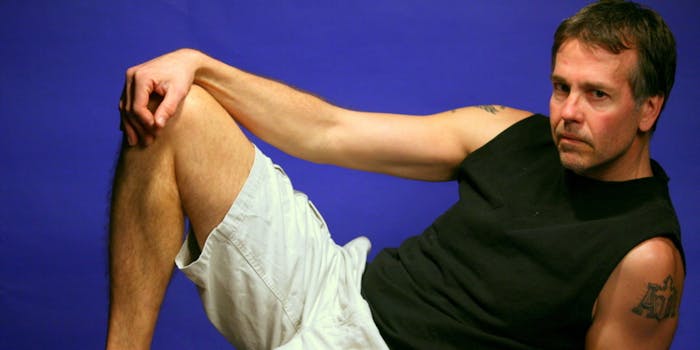 This week I’ve seen four articles floating around social media which beg people—yes beg people—to stop wearing a certain clothing item or to stop dressing sloppy. No matter how hard I try, I cannot come up with a single good reason why anybody cares enough about what other grown adults wear to actually sit down and write an article designed to make people feel bad about their clothing.

Or mind your own fucking business, thanks. –> Please stop dressing like a slob when you’re traveling. http://t.co/lVvQVTXojE via @slate

Unless the article of clothing is offensive (i.e., appropriative from another culture or has offensive words or symbols on it), there’s no reason to make people feel crappy about something that has literally nothing to do with you.

To those of you writing those “please stop wearing this” articles, I have some questions:

I want to be honest about the fact that I sometimes have judgmental thoughts in regards to other people’s appearances. How could I not? I live in, and was raised in, a society ruled by consumerism and celebrity worship. You can’t buy groceries without seeing trashy magazines with headlines like, “What was she thinking?!” skewering some celebrity for not knowing that her leggings were a tad bit see-through, or daring to wear a comfy pair of sweats to the grocery store at seven in the morning.

I’m willing to admit that because of this cultural influence, sometimes when I see people wearing something I think is a bit ridiculous, my first thought is, “Oh no! Don’t wear that!” in a sort of maternal, head-patting way.

There’s no reason to make people feel crappy about something that has literally nothing to do with you.

Yes, it’s jerky of me. I know that. So what I try do is consciously remind myself that what someone else puts on their body has absolutely nothing to do with me. I don’t know their backstory, I don’t know their reason for choosing their outfit, I don’t know what’s going on in their lives, and none of that even matters. It’s not my business.

Redirecting our unhealthy and unwanted thoughts is a great way to help us become the people we wish we were. Replacing a crappy thought like “that looks so bad” with “nobody’s body is my business” has changed the way I see the world, and even made me less self-conscious about my own body and clothing.

Practice makes perfect, as they say, and the more we practice being accepting of others for who they are—the things that matter, not their clothes or personal style—the better we become as people.

Let’s be clear here that judging others’ clothing choices is oftentimes rooted in sexism. Women’s clothes are “too sexy” or “too masculine” (read: not sexy enough) and are seen as too tempting to men and boys. This is complete crap: Men and boys are capable of controlling their own behavior, and it is not up to women and girls to protect men from their own thoughts (or arousal).

Wardrobe-shaming is also often connected to racism, too. White Americans love to make fun of what we see as “urban” styles, even when these styles almost always end up eventually making their way into mainstream fashion (often uncredited as to their origins).

Redirecting our unhealthy and unwanted thoughts is a great way to help us become the people we wish we were.

Think of how white America still loves to “tsk tsk tsk” about young black men in sagging jeans—sometimes even banning them, as Henderson State University in Arkansas just tried to do—despite the fact that this style has been around for more than 30 years and was a staple even in my high school in the early 1990s, especially with white middle-class teens.

Underwriting most of the judgment of others’ clothing is American elitism. We see people who don’t stay current as low-class, and for some reason, we feel comfortable pointing and laughing at them. Think of how often your Facebook timeline features a share from one of those “people of Walmart” blogs, where body-shaming and making fun of people for being poor is the foundation of the humor.

It’s important to remember that keeping up with fashion is an expensive and time-consuming habit. Some people find fashion fun and like to follow trends. That’s cool for them. Some may not feel that shopping and keeping up with changing trends is worth their time or money. That’s fine, too.

At the foundation of all of this is the very American habit of thinking our opinions belong in other people’s lives and on their bodies. It’s time we stopped, took a deep breath, and let everyone else be the judge of what is best for them.

Joanna Schroeder serves as Director of Media Relations for the Good Men Project. Her work has appeared on Redbook, Yahoo!, xoJane, MariaShriver.com, TIME.com, and more. She and her husband are outdoor sports enthusiasts raising very active sons. She just finished her first novel. Follow her shenanigans on Twitter.